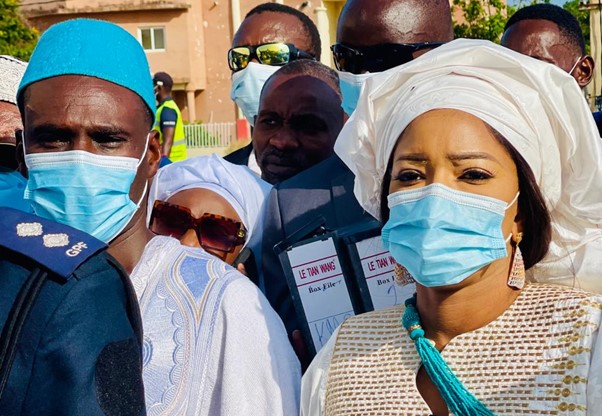 One of the Independent candidates in the 2021 Gambian presidential election Essa M. Faal has said that youth empowerment is fundamental to change The Gambia.

He was speaking immediately after presenting his nomination documents to the Independent Electoral Commission (IEC) at Election House.

“Today is historic for several reasons, the young men and women are speaking loudly they want change. Everywhere in the country people are shouting that they want change and are expressing their distrust for this government,” Essa M. Faal said.

He further alleged that the NPP of President Adama Barrow sabotaged their nomination by paying double for the vehicles they had already paid for.

“I have never seen such low play in politics of this country, I never thought I would witness a day in which democracy will be circled by a very unpopular government. Come December 4 we will  change that.

He noted that youth empowerment among several other things is fundamental to changing The Gambia complaining that doing business in The Gambia is becoming more difficult as the years go by.

“If The Gambia continues in this direction many Gambian’s will continue to invest abroad. I want to make this country a safe and competitive place,” Faal said.

Commenting on accusations that he holds a Senegalese Citizenship he said,

“That is the most nonsensical accusation, that I have dual citizenship. What can a Senegalese citizenship do for me that a Gambian citizenship cannot do for me? If I had I would have renounced it,” Faal said angrily.

Essa Faal was born on the 13th of March 1966 in Banjul. He has extensive knowledge and experience in international criminal law and international human rights law.

He started his legal career as a State Counsel at the Ministry of Justice in The Gambia in 1994 and during this period he served as Counsel to the Commission of Inquiry into the Financial Activities of Public Corporations.

He has worked for the International Criminal Court (ICC) serving as Counsel for Charles Ghankay Taylor (former President of Liberia) before the Residual Special Court for Sierra Leone and Counsel for Saif Al Islam Gaddafi at the ICC.

In September 2018 soon after the establishment of the Gambia truth commission, Essa Faal was appointed lead counsel, a job he just completed after three years of probing and bringing to light, the true extent of the 22- year reign of terror of former president Yahya Jammeh.

Share
Facebook
Twitter
WhatsApp
Linkedin
Viber
Previous articleWe all Contributed to Creating This Problem, So We Must Work Together to Change the Situation -Tamsir Jasseh
Next article‘This is the worst political sabotage’: Livid Essa Faal spends the entire time complaining that NPP sabotaged his nomination