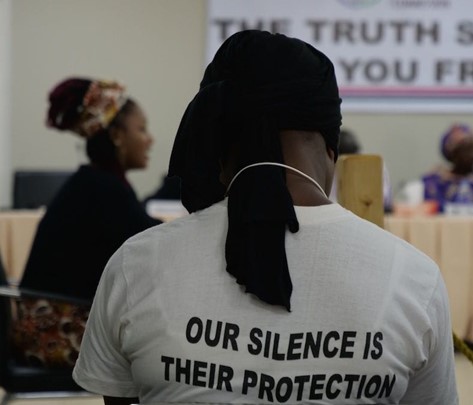 As The Gambia joins the global community to celebrate this year’s World Human Rights Day, Amnesty International has urged President-elect Adama Barrow to make ending impunity of past crimes a priority.

The institution was reacting to Barrow’s re-election after a landslide victory in the December 4th, 2021, Presidential Election.

The election was the first since the departure of Yahya Jammeh. Michèle Eken is Amnesty International’s West Africa researcher. He said,

“As he starts a second term in office, President Adama Barrow must tackle the huge challenge of ending impunity for human rights violations committed during the regime of former President Yahya Jammeh which starts with prosecuting alleged perpetrators in fair trials before criminal courts.

The President’s agenda must also include the repeal of laws restricting freedom of expression and freedom of assembly which can still be liberally used to muzzle dissenting voices.”

The institution however notes that it regrets that President Barrow did not sign its (Amnesty International) seven-point human rights manifesto, unlike several other presidential candidates.

According to Michèle Eken, in addition to protecting freedom of expression, freedom of assembly and fighting impunity, the manifesto includes commitments to take a tougher stance on ending sexual, gender-based violence and discrimination towards women, to promote access to food, employment, education, housing and health, to adopt a national law prohibiting torture and to remove death penalty provisions from Gambia’s statute books.

“It’s not too late for the President to make this clear commitment to tackle these pressing issues and we urge him to do so,” Eken said.

Human Rights Day is observed every year on 10th December following the Universal Declaration of Human Rights (UDHR) by the United Nations General Assembly in 1948.

The UDHR is a milestone document, which proclaims the inalienable rights that everyone is entitled to as a human being – regardless of race, colour, religion, sex, language, political or other opinions, national or social origin, property, birth or other status. Available in more than 500 languages, it is the most translated document in the world.

This year’s Human Rights Day theme ‘Equality – Reducing Inequalities, Advancing Human Rights’ relates to ‘Equality’ and Article 1 of the UDHR which states that, “All human beings are born free and equal in dignity and rights.”