With The Exception Of Abdou Jobe And Prof. Gomez Sabally Thinks Barrows New Ministerial Selection Is A ‘Dangerous Confused Mixture’ 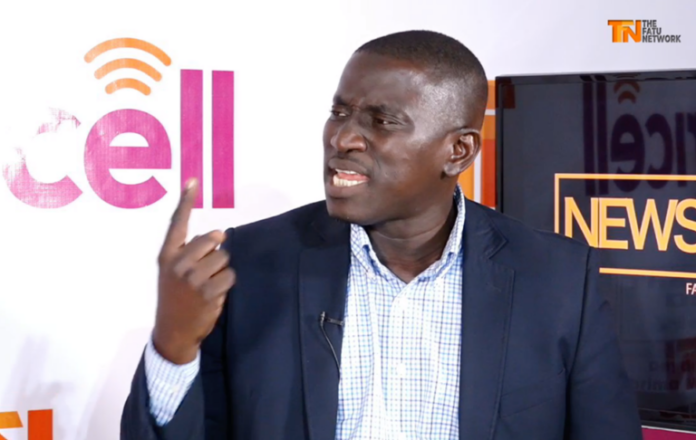 The Former Minister of Presidential Affairs, Secretary-General and Head of the Civil Service said contrary to delusional euphoric expectations, the composition of the new Barrow Cabinet is nothing but a recipe for unprecedented inefficiency and retrogression in government operations.

He however admitted that the current set-up includes two particular appointments that he finds quite apt and exciting.

“I cannot query the appointment of former utility czar Abdou Jobe as Energy and Petroleum Minister and the elevation of Professor Gomez to the higher education portfolio, it is quite a great move. I hope the duo will not prove me wrong and I pray for their success in their new roles,” Sabally wrote.

He went on to note that it is difficult to dig a well when your compatriots are pouring back all the sand you are excavating into the hole you are digging. Indicating that the few good appointees have been outnumbered by the many rotten potatoes and, therefore, the already beleaguered government machinery is not about to get better any time soon.

“Things are not working right; as the Wolof would put it ‘dara dohut!. The signs have already manifested even before he unveiled his new set-up; during his recent meeting with the Banjul Muslim Elders, President Barrow could not hide his frustration about the poor performance of his government. Perhaps this frustration is what he misdirected at the innocent Madi Jobarteh whose only offence was to point out the very sclerotic nature of Barrow’s government.”

He admitted that the new Vice President speaks the English language exceptionally well and that he says is a big plus. He however noted that during his tenure as minister, the higher education sub-sector witnessed nothing but retrogression with perennial strikes by the staff union of the country’s only public University.

He blamed the Vice President the then minister for refusing to deal with the critical issues affecting the performance and welfare of the university faculty and staff.

“Instead of working with the leadership to resolve these problems, Badara Joof used his typical manipulative tricks; beguiling some, bullying others, and ‘buying’ the loyalty of one former head of the university staff union who conspired with Badara to deprive his own union members of their requests for welfare enhancement,” Sabally narrated.

He questioned the president’s decision to retain Dr. Samateh in the health portfolio, amidst the rising rates of maternal mortality and medical malpractice; in addition to the allegation of financial malpractice regarding the COVID 19 millions. This he said is tantamount to disrespecting and spiting the people at the receiving end, including women, children and the taxpayers.

“Dr Samateh has been rewarded for incompetence; and for holding press conferences to accuse the suffering women of this country of protesting for political motives when they are dying daily due to poor health services rendered under Samateh’s watch.”

The most important portfolio of Basic and Secondary Education he said remains in the hands of Claudiana Cole, whom he described as incompetent and lackadaisical.

Finally, he described the transformation of the position of Secretary-General and Head of the Civil Service into two offices as a recipe for disaster. Adding that, there is no need to appoint a Chief of Staff under the current dispensation.

Share
Facebook
Twitter
WhatsApp
Linkedin
Viber
Previous article“The Load Is Off Our Heads, We Are Freer Today And With A Clear Conscience That We Did Not Betray The Aspirations Of Our People”- Halifa Sallah Says
Next article“It Cannot Be Business As usual”, VP Joof Tells New Cabinet Members