Why did the Republicans (UDP) lose in the elections 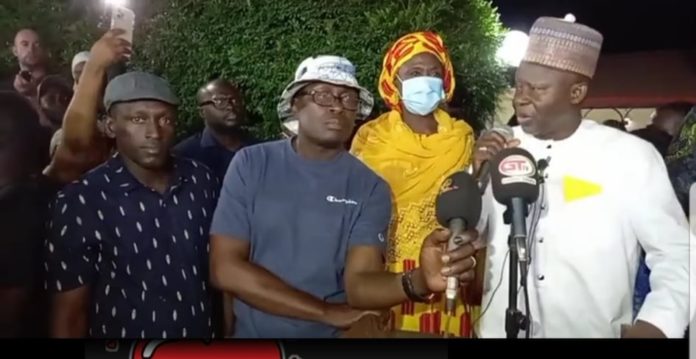 The UDP lost not because they do not love and intend good for our country The Gambia, they lost because they substituted the art of political persuasion with unruly behavior and intimidation by a majority diaspora contingent that unfortunately have no voters cards to decide.

The UDP lost not because they do not have a majority peaceful membership but lost because they have a rotten few whose pleasure is derived from cursing people sometimes as old as their parents and imaginarily disenfranchising and displacing any who dares disagree with them because for them, it is always their way or the highway.

The UDP lost not because they do not have people within them that have the potentials and technical know-how of stirring the affairs of our dear motherland to the dreamland. They lost because they refused to embrace the early warnings issued by well-meaning Gambians about the fear a few bunch of her militants have been instilling in the hearts and minds of peace loving electorates who in their own words are okay continuing with an incompetent Barrow than welcoming an intimidating UDP – an echo that roamed every corner of Gambia before, during and even after the elections because it was voting against the UDP, not for competency in the presidency.

But how soon can the UDP forget that it is the dislike of fear that made Jammeh and his APRC lose in 2016?

The UDP lost not because they aren’t a committed and resilient party. In fact they’re in my view, and until the elections, the party with the most committed and resilient membership but they lost because some of her membership mistaken belonging to the party for the ugly cause of “we vs them” as demonstrated many times by the rogue ones amongst them before the elections.

The UDP lost not because they weren’t prepared for what lies ahead in terms of electioneering but lost because they didn’t realize that some of her members especially online have over the course of the past five years costed and caused enormous damage in our society that aroused a protest vote against what the majority voters perceived as fear of tribalism, bigotry, disenfranchisement, profanity, profiling and unaccountable pride manifested by a bunch of the UDP supporters on and offline which was known to the leadership of the party but ignored because it was probably serving its purpose – shutting up and atmost scaring away the very people they’ll need and meet at the polls on their dream journey of disembarking at the State House.

Yes, the UDP lost because they have the “TRRC” and “sansanding bolong-baa” fora for cursing people including their long dead parents instead of a “boka loho” or “nyo daayma” forum to entice voters which was needed for the realization or birth of a “Yellow Nation”.

They lost in the most painful way – on their last chance as a commanding and solitary party, on the last participation of their founding party leader, to one of their own making and probably by the biggest margin of their five presidential election defeats in history.

However, her local militants especially my polite and peace loving friends and sisters Hawa, Sainabou, and Jainaba who have invested so much in time, sweat and resources in pushing for what would have been a well deserved victory for the party and most especially uncle Darboe, deserves an unreserved apology from the unruly bunch mainly in the diaspora that accorded the party futility in this election.

Yes, I mean an apology.

Lessons though are meant for reflection in order to learn the headway and so do I hope that the Republicans as I fondly call them, will together with the rest of the other political parties learn from this bitter lesson as means of avoiding repeats.