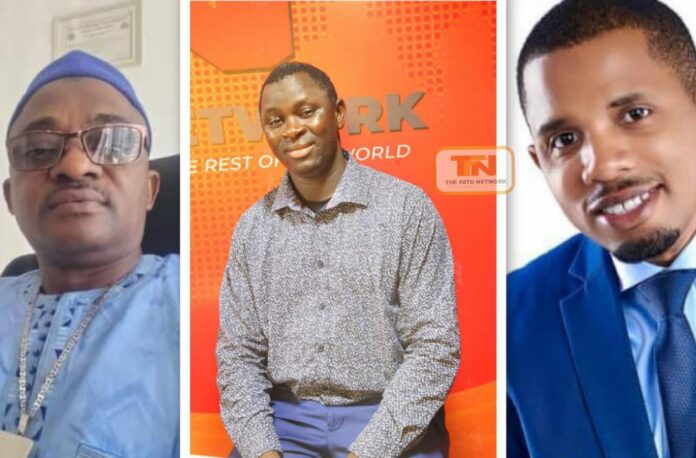 President Barrow’s ruling National People’s Party is yet to officially announce the party’s pick for the top office in the May 20 local government elections. One region that will be highly contested among party members to win the party’s ticket will be the Brikama Area Council chairmanship in the West Coast Region.

The incumbent chairman of the Council, Sheriffo Sonko, who has broken up his marriage with the United Democratic Party (UDP), has not publicly come out to say if he will leave the office at the end of his term or seek re-election. After his divorce from the party whose ticket he vied under in 2018, Mr. Sonko has shifted to President Barrow’s party.

This has left many tongues wagging as to who the NPP will pick for the post. Already, Ahmad Gitteh publicly declared his desire to run for the post under the NPP banner. On the other hand, the alliance between NPP and Citizens’ Alliance (CA), has given NPP another option to explore as observers tipped Dr. Ismaila Ceesay to throw his hat into the ring.

Now, we look at the three possible candidates for NPP for the Brikama Area Council chairmanship election.

Mr. Sherrifo Sonko is the current chairman of the Brikama Area Council and was a member of the United Democratic Party (UDP). He contested under the party’s ticket to secure his position in the 2018 UDP-dominated local government elections. However, after a year or so, his relationship with the UDP turned sour. Since then, he has defected and shown his loyalty to President Barrow’s NPP.

His silence over whether he will seek re-election or vacate office has sent mixed messages to people. His tenure as the chairman of the country’s biggest local government area has been marked with unsatisfactory progress. If the National People’s Party pick him as their candidate, Mr. Sonko will have his toughest challenge ever to maintain his position as the chairman of BAC.

His well-circulated audio talking to a married woman in a sexually provocative manner will certainly hunt him the most in addition to his work over the last five years. NPP definitely has a lot to think about before picking him for this post. Will they pick Sherrifo Sonko?

Ahmad Gitteh is a Gambian based in Canada. A regular and noted voice in the Gambian political scene since after the demised of the Jammeh government in 2017, Ahmad Gitteh, on very many occasions maintained that NPP will pick him for the post.

Gitteh effectively campaigned for the NPP in the December 2021 presidential election, but later turned against the party’s candidates for the National Assembly elections in April 2022. He accused his party of rejecting competent candidates. NPP, thus, lost all the seats in the West Coast Region except the New Yundum constituency.

If Ahmad Gitteh is shunned by NPP, he is most likely to run as an independent candidate. He has Team Gitteh and that will certainly be his camp if NPP overlooks him.

The political science lecturer stunned the whole nation when his party, the Citizens’ Party (CA), allied with the National People’s Party.
The alliance, born out of political reasons ahead of the local government elections, may see both parties endorsing a single candidate for every region or ward.

Dr. Ceesay, a resident of West Coast Region, is likely to throw his weight around for the post. His potential candidature for the NPP has been forecasted by political commentators. Some commentators believed that NPP will have a better chance of winning the seat if Dr. Ismaila Ceesay contested.

But is the University of The Gambia lecturer well-connected to the people of West Coast Region to trust him enough to give him their votes? Well, that remains a huge question mark.

The National People’s Party’s chances of winning the seat for Chairman of Brikama Area Council are very slim considering the outcome of the April 2022 National Assembly election.

With Sherrifo Sonko’s checkered record in that office and Ahmad Gitteh’s recent feud with NPP, Dr. Ismaila Ceesay may have the chance to seek the position. It is not clear if he will accept it, but chances are the NPP will try to lure him for the post because they cannot afford to lose the position to the UDP with chances of winning the Kanifing and Banjul Mayoral elections hanging in the air.