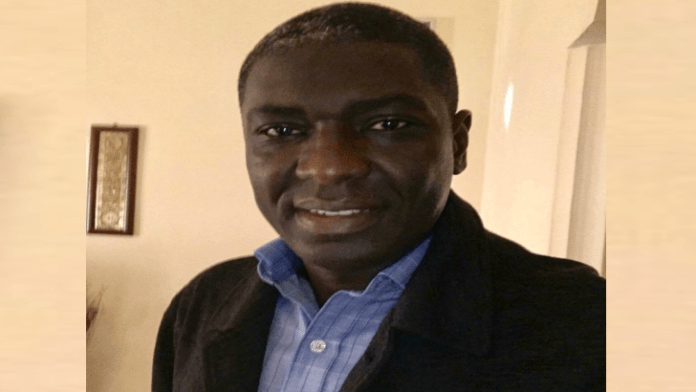 TRRC director of research and investigations Alagie Barrow has announced he is stepping down from his role. Mr Barrow had been in the role for one and a half years.

In a Facebook post on Monday, he said he was resigning based on ‘personal and professional’ reasons. He will be replaced by his deputy Abdou Manneh.

He told The Fatu Network on Monday: “He gave me his resignation letter two weeks ago. The reason is that his wife took a leave of absence from the ICC.

“The leave of absence is expired now. There was an extension, so I am not sure they can extend her leave again. So she is going back to her job in the new year. Barrow is going with her.

Alagie Barrow is married to TRRC deputy lead counsel Horeja Bala Gaye. The two met at the TRRC and got married in May this year.

Mr Barrow’s resignation will bring to an end months of protest over his appointment as the TRRC’s research and investigation chief.

He was part of a group of dissident Gambians who attempted to overthrow former President Yahya Jammeh in December 2014. APRC, Jammeh’s party, has been speaking out against Mr Barrow’s appointment. The party insists he is the wrong candidate.