‘We Will Take Back Our Country as Gambians’- Ebrima Tabora Manneh 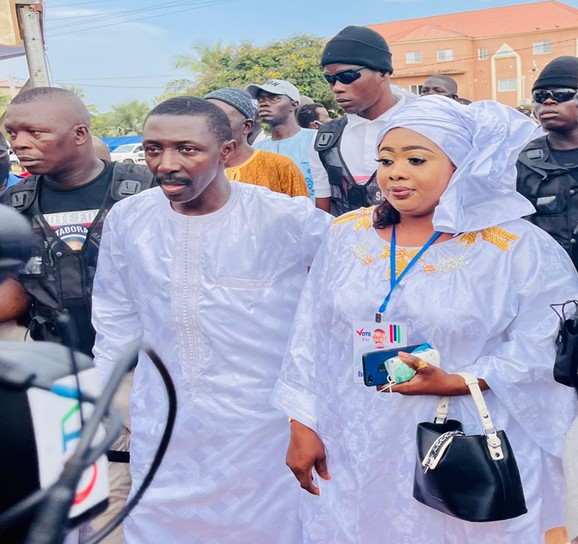 The leader of the People’s Alliance Party (PAP) Ebrima Tabora Manneh has said that PAP is ready to take back the country and ensure Gambians benefit from it. Manneh was speaking exclusively to The Fatu Network immediately after completing his nomination process at Election House.

He lamented about the challenges the average Gambian faces including the quality of life, lack of drugs in hospitals, lack of good roads and inadequate pipe born water.

“It is because of these numerous challenges that is why I will contest to make the change Gambians deserve,” Manneh said.

He further stated that they as a party haven’t started yet, when they start, he said there is going to be a tsunami and change will come to the Gambia.

When asked about his history of having the IEC reject the registration of his PAP party for failing to meet some of its standards, he said they have had some hiccups in registering the party, but what happened was an error and he is of the firmest conviction that is served as a learning process for the IEC.

Key among Ebrima Tabora Mannehs campaign message is the call for the increase in the minimum wage to D10,000.

“The amount of money paid to workers is peanuts. They should have a salary minimum of D10,000” he said.

Adding that “we have everything to make this country the best in the world. Why can’t we be like Singapore, it’s possible, they are no more intelligent than us,” he revealed.

Ebrima Tabora Manneh is an independent candidate in the 2021 presidential elections, he is the son of the late popular chief of Niumi, Alhaji Tabora Manneh. He was born in the small village of Buniadu in the Lower Niumi District of North Bank Region. He holds a bachelor’s in accounting and finance