‘We Will Set Up an Anti-Corruption Commission’-Abdoulie Jammeh 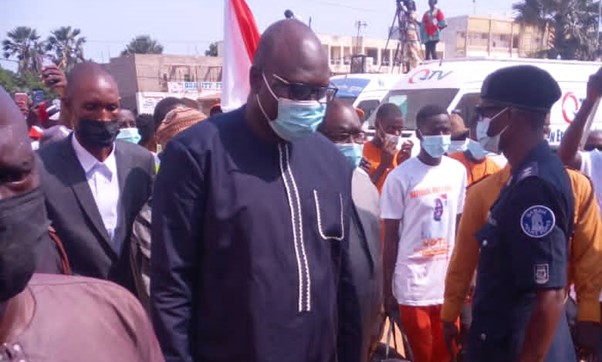 The leader of the National Unity Party Abdoulie Jammeh has presented his nomination papers to the Independent Electoral Commission (IEC) at Election house.

“We will set up an Anti-Corruption Commission. We believe corruption kills people and destroys the nation, we need foreign direct investment, therefore we must have a commission that fights corruption,” Abdoulie Jammeh said.

first start with security considering that The Gambia depends on Tourism as a major source of revenue and tourism cannot strive without adequate security.

“If you don’t fix the security situation it will affect tourism which is a major driver in our economy,” he said.

He also mentioned that he will fix the health care system which he described as appalling.

He also promised to fully implement the recommendations of the Truth, Reconciliation and Reparations Commission (TRRC) a commission set up to investigate the Yahya Jammeh era from 1994 to 2017.

Jammeh also faithfully promised to review the reforms in the country’s security sector.

On the area of a coalition, he said, “I have always said we will consider a coalition. But we will only go into a coalition based on principles and in the interest of the people.”

He emphasized the need to unite all the people of The Gambia irrespective of political, racial, religious, and tribal affiliations, the need to curb the rise in corruption, and the need to improve the standard of living for all Gambians.

Share
Facebook
Twitter
WhatsApp
Linkedin
Viber
Previous articleHamat says holding hand-fan bearing an amulet can’t make one president as he attacks Darboe
Next article‘I Will Build 4,000 Affordable Houses Each Year, Whether You Vote for Me Or Not’ -Yusupha Dumbuya