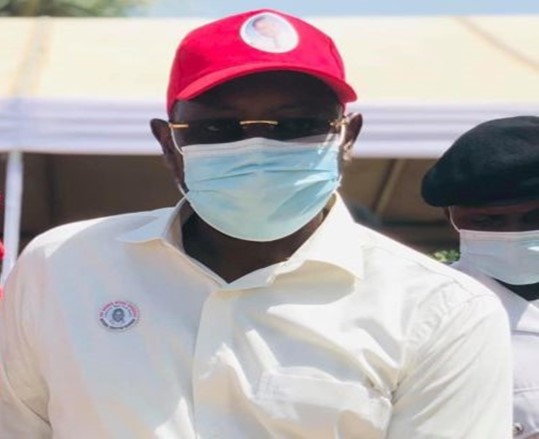 The Leader of the Gambia Moral Congress (GMC) Hon Mai Ahmad Fatty has successfully presented his nomination papers to the country’s electoral Commission the IEC. Shortly before he arrived Dr Bai Biran Jagne leader of the All Peoples Party presented a letter to the IEC suggesting his party’s withdrawal from the presidential race. He could later be seen accompanying Hon Fatty who came to the nomination with his mother.

Speaking to pressmen after the nomination exercise, Hon Mai Fatty noted that he is determined to lift the people of Gambia out of poverty.

When asked about the recently signed MOU with four other parties including the CA, GFA, APP and NUP he noted that he is focusing on his nomination as the GMC presidential candidate in the 2021 election.

“Five parties signed an MOU, but the time is too tight for us to select a flagbearer. What is important to me is how we lift our people out of poverty. I am focusing on the bread and butter issues,” he said.