‘We Shall Prioritise Governance and Financial Reforms’- Dr. Ismaila Ceesay 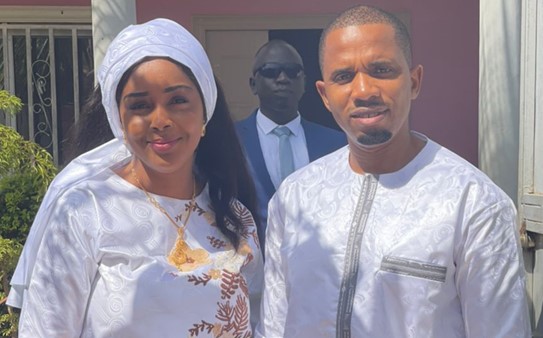 The leader of the Citizens’ Alliance (CA) has said that when he becomes president of The Gambia, he shall prioritise Governance and Financial Reforms.

Dr. Ismaila Ceesay was speaking to the press immediately after presenting his nomination papers to the Independent Electoral Commission (IEC) at Election House.

He further noted that the 2021 election is about the life and livelihoods of children yet unborn. For that reason, CA he said does not only focus on the immediate challenges but those that may come up in the future.

He revealed that The Gambia has about 2.5 million people, but can barely provide adequate food, electricity, pipe born water and decent jobs for its citizens. “What will happen when the country grows to 5 million people,” he asked.

He revealed that in almost every hospital in the country on a daily basis there is a man standing outside waiting to be told if the wife survived childbirth, and a young man thinking where to find a job.

We asked about the coalition for change 2021 alliance formed by five parties including the Citizens’ Alliance he said they have not decided on the fate of the alliance but will make their decision public when they decide.

We emphasised that he would ensure all public officials declare their assets as stated in his party’s manifesto.

“We will call for the lifestyle audit of all the public officials. This will show we are serious about corruption, transparency and accountability,” he said.

Aside from governance and financial reforms he also mentioned job provision and education as other priorities. He used the moment to express his support for all calls which seek justice for victims of heinous crimes.

“We shall punish violators of human rights and ensure victims are fully compensated. Making sure dictators and perpetrators of heinous crimes pay for their crimes is a must. It is not only about Yaya Jammeh it is about anybody who has committed crimes. No Gambian should be immune from justice, that is the only way we can have true reconciliation and stability,” Dr. Ceesay said.

Dr. Ceesay holds a PhD in African Studies from the University of Edinburgh.

Dr. Ceesay’s research interests include African politics, information and communications technology and the intersection of security and youth issues. He has authored numerous articles on these topics in peer-reviewed journals and other esteemed publications such as ‘African Renaissance’, ‘African Foreign Affairs’ and the ‘African Election Series’ of the London School of Economics. Dr. Ceesay has led many international research projects as a consultant.