‘We realised 95% of the kids that died are from flooded areas’, MCA suggests not all AKI deaths were caused by medicines 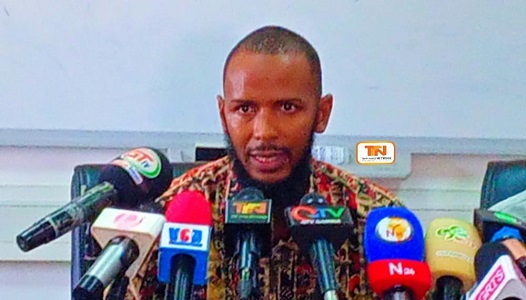 A regulatory officer at the Medicines Control Agency has told reporters that some of the seventy deaths recorded as a result of Acute Kidney Injury (AKI) were found not to have been caused by the medicines (contaminated cold and cough syrups from India).

“Out of the seventy (70) kids that died, some of the kids died without taking any medication. And out of those 70 kids, some kids took medications we have tested, and the medications are not affected; they are safe to be used. But the kids only took those medications and died,” Tijan Jallow, told journalists at a press briefing on Monday, 31 October 2022.

The regulatory office said an investigation is being launched to ascertain the exact causes of what was regarded by some Gambians as a national tragedy and has not concluded whether it was medicines or microorganisms.

“Because we were in the rainy seasons, and we know for the past 15 to 20 years Gambia experience the highest rainfall in this season. We realised 95% of the kids that died are from flooded areas. So, some urine blood samples were collected from a kid that was showing the same signs and symptoms.

“So, after analysing those samples. 90 – 95% of those samples show the presence of 6 different bacteria species and three different virus species. We also collected three samples from kids that are having the AKI. When we analyse their stool samples, all of them have bacteria in their stool,” Tijan Jallow said at the press briefing.

He said he is part of a task force that is assessing the causes of the deaths by establishing the medication each child took.

“And as I made it clear, a good number of kids died without taking medications.”