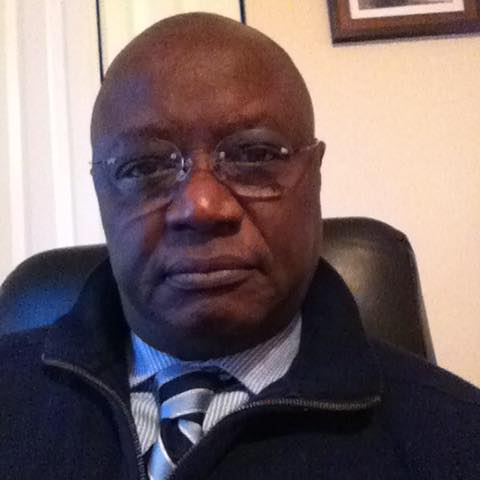 Speaker Fabakary T. Jatta is quoted as saying the reason African presidents are disinclined to relinquish power is because they are afraid of the payback and humiliation they’ll suffer at the hands of their successors should they vacate power voluntarily.

He made this argument in advocating and promoting the return of Yaya Jammeh amidst the related events. First, he became Speaker of the National Assembly and his fellow traveller and former APRC soul-mate Seedy Njie who became his Deputy Speaker to jointly manage Barrow’s legislative calendar.

The Speaker was campaigning unabashedly with such unethical fervour and with neither shame nor relent, while halfway around the world, a member of Jammeh’s infamous hit squad known locally as “The Junglers”, was being tried in Germany for crimes against humanity. A similar charge awaits another Jammeh associate, his former Interior Minister who has been in custody in Switzerland for nearly three years. There’s yet a third alleged human rights abuser in custody in the U.S. being investigated for a similar charge.

While Germany, Switzerland and the United States are observing the spirit and letter of international law, by contrast, The Gambia – the crime scene – where the gruesome atrocities took place is busy concocting embarrassing excuses for not doing the right thing by bringing the perpetrators to justice.

The machinations of the government of Adama Barrow are a never-ending Kabuki dance routine, choreographed by Barrow and fueled by the APRC-faction led by Speaker Jatta designed to truncate the transitional justice process to appease Yaya Jammeh. Barrow saw this as a way to build a workable coalition, as well as to entice Jammeh, to buy into the enterprise.

Their plan has not worked because they failed to get Jammeh onboard – an unsurprising outcome because Jammeh knows he will never set foot in The Gambia without providing a full account of his 22-year presidency to the Gambian people, as well as to the international community.

Yaya Jammeh is also aware that Barrow’s unilateral decision is worthless because the alleged crimes against humanity committed under his 22-year watch cannot be expunged from the record by a presidential pardon independent of the victims of the dictatorship, as well as the international community having a say in the matter.

Bai Lowe’s case in Germany should serve as a reminder to the government of The Gambia that the matter extends beyond the shores of The Gambia and the reach of those at home trying to scuttle the process. The accused have committed crimes against humanity. The long arm of international law will trace them, investigate them, and judge them from wherever they may be.

Speaker Jatta’s efforts to stymie the transitional justice process started very early in Adama Barrow’s administration. In fact, the two commenced meeting in December 2017, almost a year after Barrow assumed office which, ultimately and unfortunately, culminated in the nominations and election of the two as Speaker and Deputy Speaker of the National Assembly to the chagrin of many Gambians including the management and staff of the Victims Center.

In their letter to President Adama Barrow, Sheriff Kijera, Chairman of the Board of Directors of the Center expressed their concern about the nomination of Fabakary T. Jatta and Seedy Njie by citing that “these two individuals…do not only represent the brutal dictatorship that The Gambia endured for 22 years…the two men were also key pillars of the power behind the tyranny of former President Jammeh.”

In his role as the last Information Minister, appointed in the final days of the regime of Yaya Jammeh, Seedy Njie almost plunged the country into civil strife for refusing to recognize the results of the presidential elections. We now have these two insurrectionists as Speaker and Deputy Speaker of Gambia’s National Assembly responsible for shaping and guiding President Adama Barrow’s legislative agenda through parliament.

The backlash resulting from the nominations of these two was immediate. It was a shock to many Gambians including our development partners, all of whom view the transitional justice program as an integral part of our economic, political, social and cultural recovery and healing process.

The Gambia cannot, and will not, emerge from 22-years of dictatorship whole without a thorough and unabated truth and reconciliation process which was the main mission of Gambia’s Truth, Reconciliation and Reparations Commission whose Report is now on life support. The TRRC Report looks like it will meet the same fate as the Janneh Commission and the Constitutional Review Commission Reports i.e. in Adama Barrow’s office dustbin.