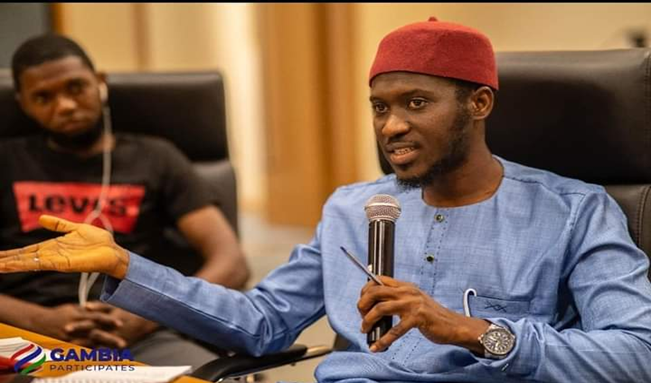 The Country Director for the Gambia under the International Model Diplomats For Integrated Development (IMDID), Muhammed Kanyi, has told young people of the Gambia to decorate themselves with ethics and values to raise the standards of integrity and resourcefulness in the society.

Speaking to the Fatu Network, the Information, Technology and Communications specialist explained that if the young people are innovative, they will remain relevant in a progressive society.

“We must adorn ourselves with admirable ethics and values, and raised the standards of integrity, and credibility and resourcefulness in our society”, he pointed out.

He further said that young people in the Gambia should be creative enough to have the ability to identify needs in society and proffer adequate solutions to address the needs.

Kanyi, a passionate advocate of justice and equal opportunities also encourages young people to contest in the next local government elections as councilors, chairmpersons or mayors.  He outlined that elected offices are where decisions and made and influenced.

” It is only prudent that more young people brace up to contest for electoral offices.  Being in such positions will grant us (youths)the platform to influence major decisions at the community and national levels that affect the lives and livelihood of young people across the country”.

He used the April parliamentary elections as examples where few young people contested and won.

The Gambia will witness local government elections next year where wards and regions will elect ward councilors and area council chairpersons and mayors to steer their affairs at the local level.