“We have plans to produce all the oxygen we need,” Gambia to address oxygen shortage 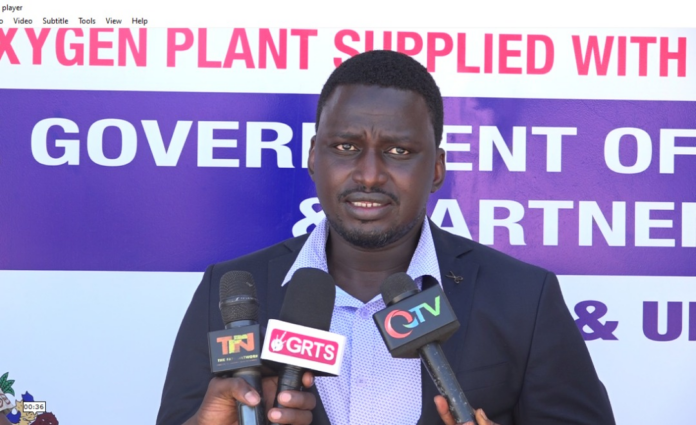 The Gambia is expected to soon give its back to shortage of oxygen as the Ministry of Health and partners work towards increasing oxygen plants that will supply “enough” of what was once a nightmare for the country, director of health services Dr Bitteye said.

“This is going to help us provide the oxygen that we need, and it will be free to the patients. It is a big boost for our health sector,” Dr Bitteye told journalists at Ndmban Clinic Oxygen Plant which was visited by the UN Assistant Secretary General and UNDP Regional Director, Ms Ahunna Eziakonwa.

The containerized plant is said to cost over a million dollars with support from UNDP coordination, WHO and World Bank. It is yet to be fully functional. Once it starts operation, it is expected to fill at least one hundred and thirty-six (136) oxygen cylinders a day. There is another plant at Ndmban that produces about 50 cylinders daily.

“If you look at EFSTH alone, they used to spend almost one million dalasis per month. So that is now savings. So, think of what other hospitals used to pay for Oxygen,” Mustapha Bitteye told journalists.

An estimate of 400 oxygen cylinders is required daily, throughout the country. With the two Plants in Ndmban and the other two in EFSTH, Banjul and Bansang, which are yet to be installed, the authorities project production of more than what the Gambia will need.

“During Covid when we went outside [of the country] to buy, they refused because they needed it the most. So, now when something like that happens; we won’t have to go out – we have enough and we can even supply outside,” the director of Health services said.