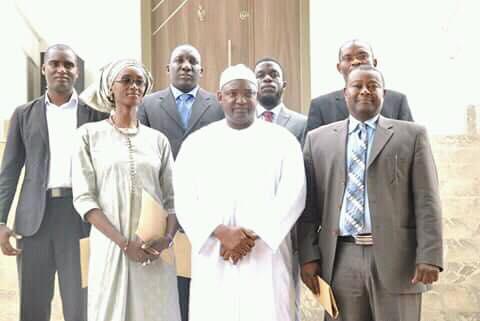 Emmanuel Joof, Chairman of the Presidential Inquiry probing into the Faraba incident has said that the Commission has concluded its investigations, waiting to submit their findings and recommendations to President Barrow when he returns from China.

The Faraba incident emanated from a mining contract that was awarded to Julakay, a private company without the consent of the community resulting to the death of three teenagers leaving several others seriously injured and properties vandalised. A six member commission was then set up by President Barrow to look into the incident.

“We have written our reports and recommendations waiting to officially handover to His Excellency President Barrow when he returns from China,” Chairman Joof told The Fatu Network.

Joof, a lawyer by profession said that the commission has interviewed 85 witnesses including the former and present Inspector General of Police, Operation Commanders, PIU Officers, Geology Officials, Jukakay and the people of Faraba Banta Village. He aded that the five PIU Officers charged with the Faraba killings were also interviewed.

“We have also spoke to the people whose properties were vandalized,” he added.

Chairman Joof has not disclosed the content of their findings but anticipated that the recommendations of the Commission will be fully enforce by the President.

Meanwhile, the commission has also visited the mining sites at Faraba, Sanyang and Gunjur amongst others.