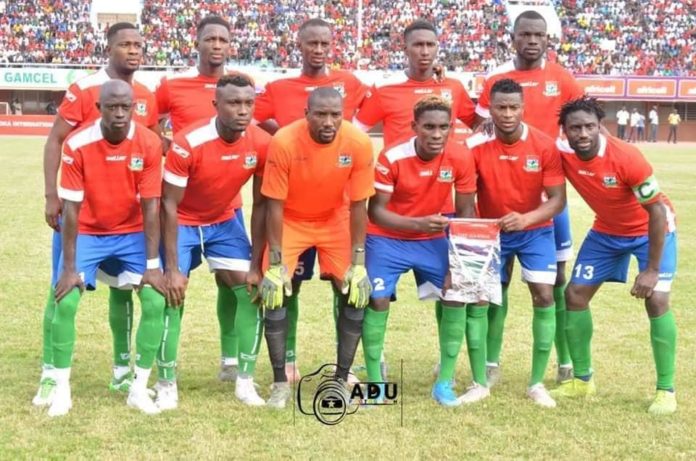 The Gambia National Soccer Team players have today returned home from Qatar after their campaign. They went on to meet President Adama Barrow to bid farewell before officially leaving for the African Cup of Nations which will be hosted in Cameroon.

Their arrival at the Banjul International Airport was witnessed by The Gambia Football Federation officials, the main sponsors of the Tournament Africell Gambia and the fan base.
The scorpions received a warm welcome as Gambians came out in their numbers to show their support for the team.

Speaking to The Fatu Network briefly, team coach Tom Saintfiet said the team is fully prepared to participate in the African Cup of Nations.

“We are very prepared as any other team. Though we have challenges here and there. Including the fact that I was not able to interact with some of my players since November. But we hope to do our best,” he said.

“We are very ready to play for our country. As you all know this is the first time The Gambia is taking part in the competition compared to other countries who are more experienced than us,” he said.