“We Are Not Paid A Butut For Holding These Positions” — Hon. Omar Cham, NYP Speaker 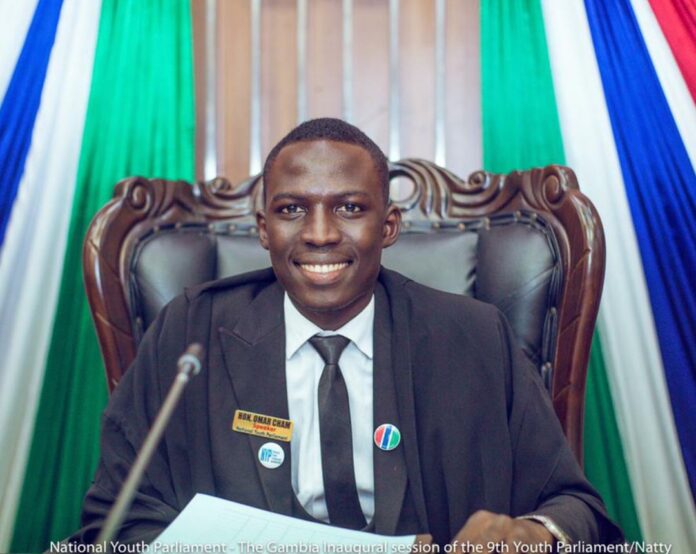 Honourable Omar Cham, Speaker of the National Youth Parliament (NYP), has stated that the election of members of the Youth Parliament was done at the regional level where 5 representatives from each region attended the congress as Speaker, Deputy Speaker, Clerk, Deputy Clerk and Finance Officer were elected.

He made these remarks while reacting to comments doubting the formation, selection, and purpose of the Youth Parliament, which was established in 2002 to steer the affairs of young people in the country.

“We are not paid a butut for holding these positions. It is entirely voluntary. Some of us develop the spirit of taking part in national development since childhood. We are sacrificing our time, energy and resources to move this country forward,” he said.

He confirmed that they took over the duty of youth representation on 4th January 2021, adding that they reformed the NYP ushering in a new constitution, standing orders, management manual and finance.

The young parliamentarian added that after consultation with regional speakers, and regional youth chairpersons on the criteria for selection such as experience in youth work, civil society engagement, availability, commitment and non-partisanship, one member from each constituency represented said constituency, 7 women reps and 2 reps of the persons with disabilities were nominated.

He noted that every young person who is actively involved in youth work will be able to get voted into the NYP as Speaker, Deputy Speaker or Constituency representative.

“Young people that are volunteering with youth organizations registered with the National Youth Parliament, ex-members of the Children National Assembly are all qualified to contest. People who are interested must be active in youth work and must not be associated with any political party and must be between 15 and 35 years.

We are representing the youth; therefore, we are subjected to public scrutiny and make ourselves readily available to provide every information regarding the youth parliament,” he concluded.

Members who are elected are expected to serve for three years after which an election shall be conducted but no member shall serve more than two terms said the NYP speaker.