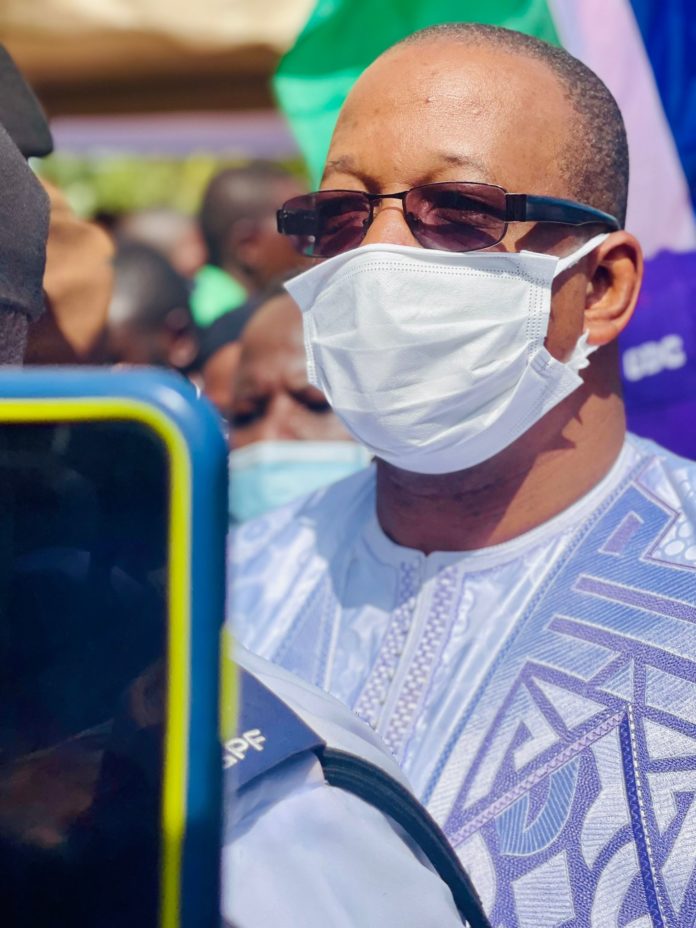 Speaking immediately after the nomination process Kandeh told pressmen that the GDC was going to fight corruption to the latter.

“Since the current admin came to power, we haven’t heard anyone dismissed for corruption even though we know it’s rampant,” Mama Kandeh said.

He further noted that the health sector, education and agriculture are key areas he would improve when he becomes president of The Gambia.

He expressed his support for the TRRC an independent Gambian institution with a mandate to conduct research and investigations into human rights violations committed under the presidency of Yahya Jammeh.

When questioned about a coalition with other parties he stressed that he was nominated under the ticket of GDC.

Mamma Kandeh was born on the 12th of July 1965 in Sare Birom in Jimara in the Upper River Region. He attended St. George’s Primary School in Basse, Mansjang and later moved to the town where he attended Crab Island Secondary Technical School.

Kandeh was a member of the Pan African Parliament (PAP) where he served in the committee on trade, Customs and Immigration Matters; Vice President of the West African Caucus of PAP and head of the delegation of 27 members of PAP to Libya.

Kandeh is the founding leader of the Gambia Democratic Congress (GDC) political party, which he formed in the summer of 2016. He ran as a candidate in the Gambian presidential election of 2016 and received eighty-nine thousand, seven hundred and sixty-eight (89,768) votes which amounted to 17.07% of the total votes.

Speaking to The Fatu Network a member of the APRC noted that as a party they think about Gambians, therefore they will not support the NPP and President Adama Barrow

He however suggested that as a party they have decided to throw their weight behind Mama Kandeh since his party the GDC has no legal wrangling.