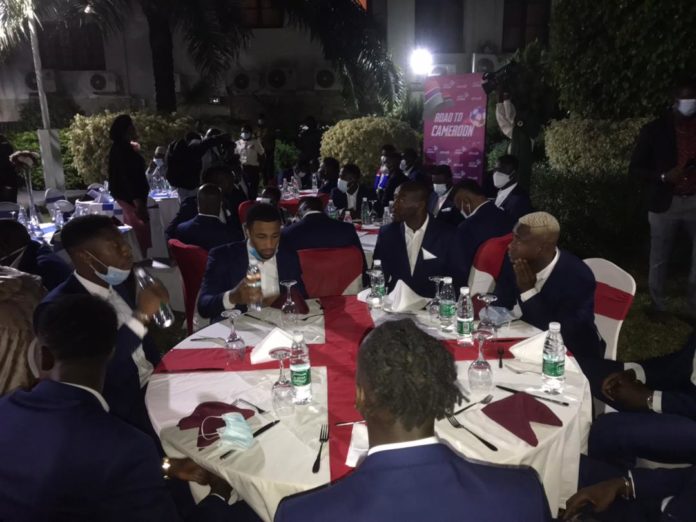 As Gambians anticipate taking part in the country’s median African Cup of Nations, the president of The Gambia Football Federation (GFF) Lamin Kaba Bajo has said that the Federation and the team are fully prepared to compete in Cameroon.

He was speaking at State House as they waited for the arrival of the Scorpions ahead of the Gala Dinner.

Bajo explained that although the coronavirus pandemic has affected some of the players, they will still go on to make history. He used the opportunity to express hope that the infected players will have a quick recovery.

“We are very happy with the team and the coach. They have demonstrated professionalism in the past months. They helped the country to qualify for the first time. We know they will make us proud in Cameroon again. They are not just going to play but they will raise the country’s flag higher,” Lamin Kaba Bajo said.

On his part, Honourable Bakary Badjie, Minister of Youth and Sports said the players are doing pretty well. Adding that efforts have been made to reach this level.

“We thank the government for supporting the Scorpions. They are putting so much effort to help the team succeed. We can’t thank them less,” he said.

The team eventually arrived at State House for the Gala Dinner and had the opportunity to interact with President Adama Barrow ahead of their trip to Cameroon.

The team will leave Banjul for Cameroon tomorrow. They will play Mauritania on Wednesday 12th January 2022. This is the first time Gambia has qualified for the AFCON.