War on drugs: DLEAG announces arrest of bus driver and three others 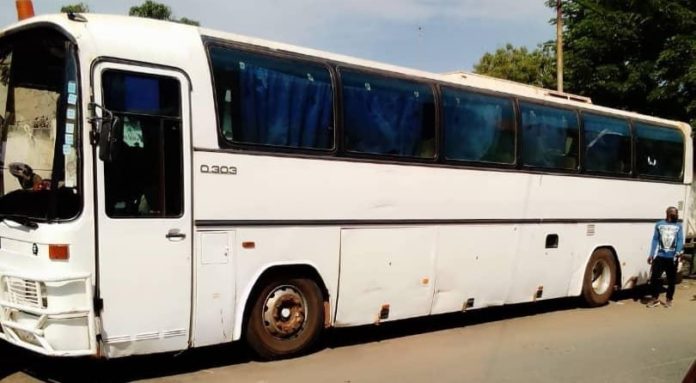 DLEAG in a statement said its Banjul command arrested Moussa Issa Traore with 101 sachets of clonazepam, 20 sachets of tafrodol and six sachets of cimendinci (all controlled drugs).

The said suspected controlled drugs were wrapped in a black nylon bag and the means of conveyance is a white bus with registration number BD 6569 MD, DLEAG said.

The statement by the agency added: “He was clutched in Banjul on the 18 November 2021 around 18:40 PM onwards.

“In a similar but separate development, six people are subject of an investigation relating to the seizure of one hundred and ninety eight (198) big bundles and twenty (20) parcels of suspected cannabis sativa.

“Sanna Jarju alias Bairo, Ansumana Badjie and Basiru Kandeh  are currently in custody while Lamin Colley, Amadou Jarju and Jerreh Colley are at large. They were  arrested on the 19 November 2021 around 04:30 hours GMT onwards at Brikama Kaira Kunda.

“A manhunt had been launched for the suspects at large while investigations into the matter continues.”