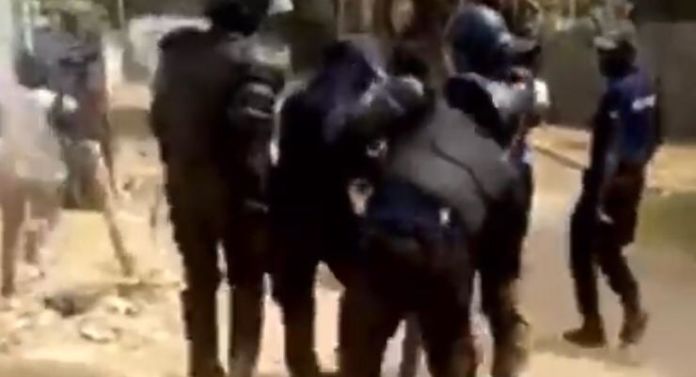 A video of a police officer running after a female protester and hitting her on her buttocks while his colleague appeared shocked has emerged online.

Hundreds of Operation Three Years Jotna protesters clashed with police at Sting Corner as they protested against President Adama Barrow’s plan to extend his rule. At least 130 people were arrested during the violent protest.

The ugly scenes saw the arrest of a number of women who were also out on the streets to protest.

A video has now emerged online where a police officer is seen hitting a female protester as she was being escorted.

In the video, a police appeared from nowhere and hit the female protester on her buttocks.

His colleague looked back appearing not happy with his action. Another officer was then seen hitting the woman on her backside.