Victims’Center Extends Condolences To Families Of The Victims Of Faraba 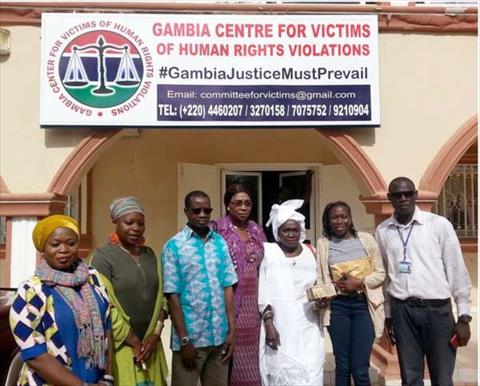 The Gambia Center for Victims of Human Rights Violations, the Victims’ Center, wishes to extend its condolences to the families of the victims of the Faraba Banta incident who were shot, killed and injured by members of the Gambia Police Intervention Unit (PIU).

The Victims’ Center is alarmed by the fact that members of the PIU used excessive force when it opened fire on a group of demonstrators who were merely voicing their concerns over issues of interest to them. During the process many innocent civilians that were engaged in exercising their constitutional right of a peaceful demonstration were subject to grave acts of human rights violations by state actors working for and on behalf of The Gambia Government.

Through the actions of the PIU, the Government has clearly failed in its responsibility to protect its citizens who were at the time only exercising their civic rights. The Victims’ Center thereby calls on the Government to urgently fulfill its obligations and responsibility to respect and fulfill all human rights for all by ensuring speedy and impartial investigations into the actions by those involved in the shooting incident.

We call on the Government to take speedy action so that impunity is not the order of the day and ensure accountability and justice for all the victims.

The Government should provide reparations for the victims, including by ensuring that the injured receive urgent and appropriate medical attention.

While we recognize the role of the PIU and other arms of law enforcement to ensure law and order, the exercise of this duty must however be practiced alongside the principles of proportionality and necessity. The Victims’ Center urges the Government to arrange for tailored training, including on human rights for law enforcement officials, to ensure professionalism in the conduct of their policing duties.

We trust that the Government of The Gambia will uphold its obligations in protecting and promoting human rights and desist from engaging in acts that amount to human rights violations of its citizens.