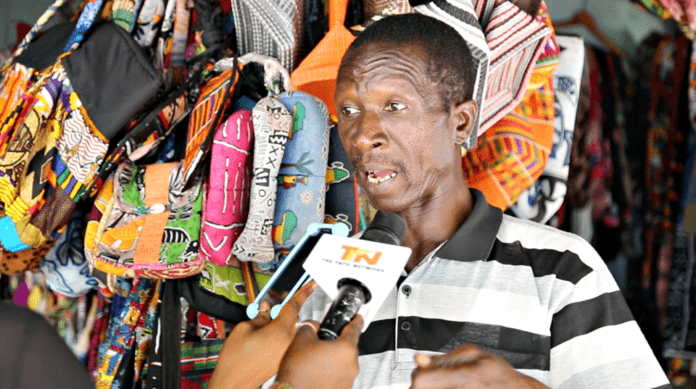 Vendors at the Senegambia craft market have asked the national secretariat of the Organization of Islamic Cooperation, OIC, to suspend its road expansion project.

OIC authorities announced last month that they will commence an expansion of the Bertil Harding highway, a development that will affect businesses situated along the highway.

Vendors who were served quit notices by the Department of Physical Planning told TFN on Wednesday that the move was ill-timed.

Gibril Jaw a vendor at Senegambia craft market said that they were asked by Department of Physical planning and housing to vacate the area “because they want to raze the area.”

“We are not against that just that the time they gave us to vacate the area is very short,” he said.

According to Jaw, the letter came to them early November saying “they gave us the letter on the 5th November and they want us to pack our things and leave before the 28.”

“This is not fair to us. They promised to identify a new place for us but we are yet to see any sign that a new place is being readied for us,” he added.

Jaw appealed to the government to look into their plight.

He said: “I just want to appeal to the department of physical planning to understand that the tourism season is going fine and if they can suspend this until after the season that will be good.”

Bamba Njie, the secretary of the craft market association said that the letter of notice was served to them recently.

“The letter was served to us on November 5th. That’s the same day it was written too and this tells us that they want to do it hurriedly,” he said.

Njie added they should have done this before the season commenced “because they knew this was going to happen; why didn’t they plan it since.”

“We are not going to leave the place if they don’t allocate a new place for us,” he said.

Raki Taal also a vendor said that they rely on the business to earn a living.

“If you want to withdraw someone from a particular place, you have to serve out a notice at an earlier time. That will give time to the person to sort out where to vacate to.”