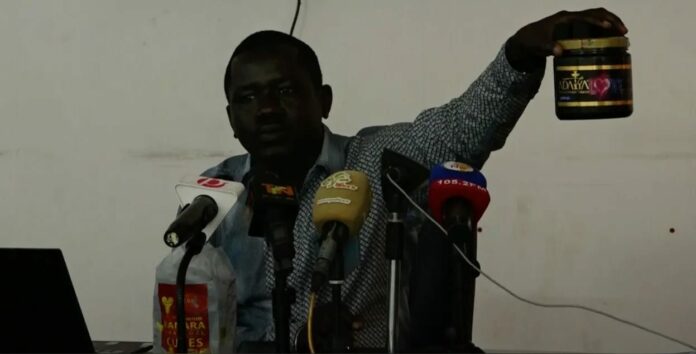 The Senior Programme Officer, Non-Communicable Disease Unit in the Ministry of Health Seyfo Singhateh, has revealed that it has come to the ministry’s notice that women now used tobacco products in their private parts for sexual pleasure.

According to Singhateh their findings further reveal that men equally also used tobacco products for sexual pleasure, describing the act as deadly.

“We need to get to our people to make them understand how deadly these tobacco products are,” he said.

He disclosed that 34% of people die of non-communicable diseases and the major risk factors are tobacco use, alcohol consumption, physical inactivity and unhealthy diets.

He further noted that annually, around 8 million people die from tobacco use, including about 890, 000 from second-hand smoke exposure.

“Most mortalities occur from cardiovascular disease, cancer, respiratory disease and diabetes are caused by tobacco use,” he explains.

Smoking he says kills 33.50% of all those who use it by an average of 15 years prematurely, the substantial economic resources are lost due to tobacco-related illnesses, premature disability and death.

These losses are especially harmful when economic resources are needed for economic and social development activities.

“The recent innovation of the tobacco industries is the use of shisha which includes using tobacco and added flavours to give it a nice aroma.”

This is the reason why the government is interested in the implementation of the Tobacco Control Act.

He advised the young people to desist from popping Shisha as it is poisonous and dangerous to their health.