US MIDTERM ELECTIONS: OVERTURNING ROE V. WADE AND ITS IMPACT ON THE FEMALE VOTERS 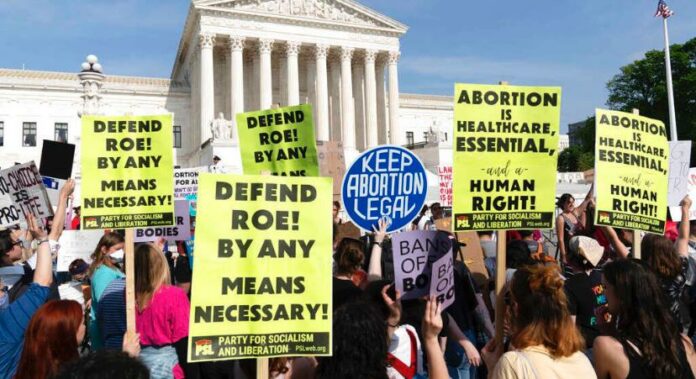 As the US midterm election draws closer, experts continue to dissect recent Supreme Court decisions and their effects on the midterms. One of those is the Supreme Court’s ruling to overturn the longstanding 1970s ruling that legalised abortion for almost five decades in the United States. While conservative Americans celebrated the reversal of the 1970s long-settled law by the Supreme Court, demonstrations quickly spread across some US cities, protesting the decision of the Court.

A decision that election experts say will influence the midterm election, especially the female voters; a demographic described by political analysts as the golden key to the results of Congressional elections.

Distinguished Professor of Political Science and published Author Dr Ross Baker says overturning Roe v. Wade by the Supreme Court is one of the actors in the political climate Americans will have to contend with in the November 8th elections.

“Americans had become habituated to the fact that abortion was, in most instances, readily available.  So, this is a decision that affects women mostly. And female voters have always been the kind of golden key to the results of congressional elections. And suburban women, who tend to be well-educated, relatively prosperous women, the kinds of people who might be expected to vote Republican, are also very sensitive to having removed from them what they consider to be a fundamental right. And the Supreme Court basically said to American women abortion is not a fundamental right.’’

Dr Baker further explained the influence of the female voters and how this demographic turned very strongly against former President Donald Trump, resulting in the 2018 success of the Democrats in the 2018 midterm election.

“The question of female voters has always been a pivotal question both in presidential elections and in midterm elections.  There have been various terms that have been coined to identify this demographic.  ‘Soccer moms’ was a popular phrase used in the 1970s and 1980s. And these are women in their 30s, 40s, and 50s with families, and they proved to be pivotal in the 2018 success of the Democrats in that midterm election.  They turned very strongly against President Trump and resulted in the election of several Democratic women some of which were referred to as national security Democrats – a very interesting collection of female candidates who had backgrounds in national security.’’

As Democrats continue to speak against the decision of the Supreme Court, Dr Baker says the Biden administration’s decision to speak on the subject a week later shows the issue of low morale among Democrats who are PRO-ROE.

“The President waited for more than a week before he spoke out on the subject, which, of course, is of great importance to American women who tend to – those who tend to be Democratic.’’

After the Supreme Court’s decision, which upended nearly 50 years of abortion rights, and with mid-term elections due in November, the Democrats are tip to use the abortion issue as a playing card to persuade pro-choice women to vote for them.