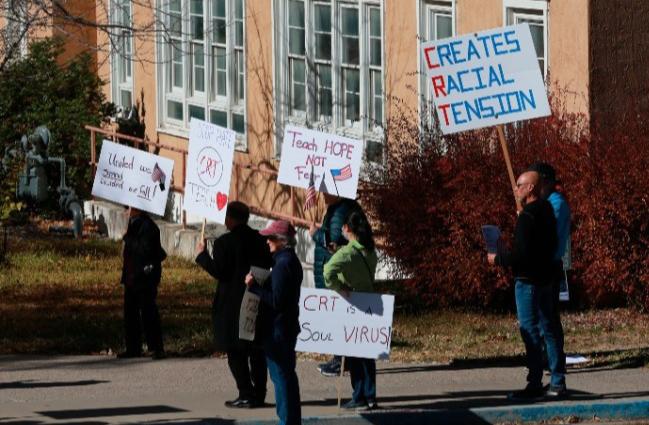 Education has rarely made the voters’ priorities lists in the past US elections. However, experts say this dynamic is fast evolving as covid-related school closures and the way diversity is addressed in schools among other issues bring education into new prominence, possibly becoming a big factor in the November 8th polls. Urban politics and school reform expert Jeffrey R. Henig said the last five years have seen a re-engagement on the part of national actors like political parties who have come to realize that education is an issue that often motivates voters.

“Particularly voters who may not be already actively involved in national politics, Republican or Democrat, may be somewhat apolitical, but when it comes to kids and when it comes to their kids they respond intensely. And those are – the groups are particularly important looking towards the midterm elections because those are the folks who aren’t firmly in the Republican camp or firmly in the Democratic camp.’’

Professor Henig said the hot-button issues in the national discourse like the teaching of race, and gender identity among others in the school system have become emotionally sensitive issues, making parents who normally don’t get involved take positions. Both the GOP and Democrats are said to strategically try to use these education-related issues to attract swing voters, with both parties hoping to pull back voters using these culture war clash issues at the local level.

“The national debates on these issues are zeroing in on local arenas as ways to set up a different and clarify the difference between Republicans and Democrats. And both the Republicans and Democrats are tactically and strategically trying to use these education issues as ways to mobilize their base in some instances, both to make sure that they get the turnout they want but also to attract – and importantly to attract these potential swing voters, many of whom are located in suburbs; particularly, suburban voters who were turned off by many aspects of the Trump administration are seen to be in play.’’
Meanwhile, another controversial education-related issue is the Biden Administration’s proposal to eliminate student debt. A proposal that has been highly criticized by Republicans who describe it as overpromising and spending money at the expense of taxpayers.

“It is a controversial issue, and right now because this is so recent, it’s a very controversial issue and part of the national debate. How much of a role it’s going to play in November I think is very unclear. Right now, it fits into the talking points on both the Democratic side and the Republican side. On the Democratic side, it fits into the talking points to say that government can make people’s lives better and it can help them affordably pursue higher education.’’

It remains unclear how much education issues will influence the midterm elections, but experts suggest it may be a big factor that American voters will also have to contend with in the November 8th polls.