US Elections 2022: What Gambian-Americans Think 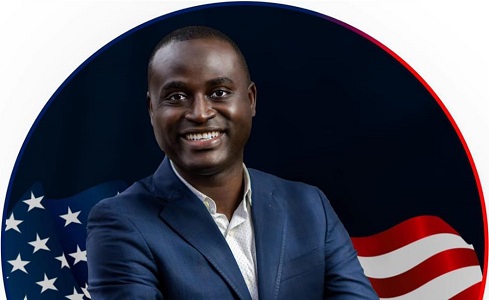 It is barely 24 hours to what analysts say might be one of the most consequential midterms in the history of the United States.

As activists, minority groups, and experts among others share their opinions about the high-stakes election, Gambian Americans prepare for election day and discuss their political leanings amid growing fear of what could happen next depending on who takes over Congress.

Laye Jallow voted two weeks ago. For him, this midterm is the most critical given the recent extraordinary challenges facing democracy in the US in general. As a liberal Democrat, Laye fears the possibility of a radical shift in policy and law if Congress falls into the hands of the GOP. For Laye, election denialism, and radicalism make this midterm a do-or-die, especially for people who identify as Democrats.

“The liberal Democrat in me wants the Democratic party to hold onto both the Senate and House. I do not want to see what comes if Republicans gain a majority. Democracy will be doomed in America,’’ Laye said.

Dr. Omar Bah, a registered Democrat and former Congressional candidate in Rhode Island said a Democratic-controlled House and Senate will ensure the smooth passing of tangible economic policies, and immigration reform, among other things. Dr. Bah who is an immigrant himself and runs the Refugee Dream Center in Rhode Island believes Africans can take away a lot from observing how US politics operates.

“Despite the intense, often polarized atmosphere, US politics is issue-oriented. For instance, in these midterms, the US voters are most interested in the economy. The prices of everything from gas to groceries are exorbitant. Thus, many voters are not even necessarily stuck in the dogma of party divides. Rather, a Republican can vote for a Democratic candidate and vice versa, depending on who convinces them about solutions to such economic issues. I believe many African countries can benefit from this. In the US, the real power lies in the vote, and not some tribal affiliation, or aristocratic inclination,’’ Bah explained.

Modou Thomas lives in the State of North Carolina. He has always voted Democrat in past election cycles but the current state of affairs under the Biden administration and the politicization of issues by both Democrats and Republicans is making him question his political identity. Thomas fears the United States might have another recession if current economic issues are not addressed.

“My worse fear right now is a recession, and I am afraid it will happen. Economists are predicting that we might go through another recession before the economy comes back. This is part of the issues I want to see addressed,’’ Modou said.

Meanwhile, Tuesday’s election will decide control of Congress, governor’s seats as well as local offices. The outcome of the midterms will set the tone for the looming 2024 presidential race where former President Donald J. Trump is expected to make a political comeback.