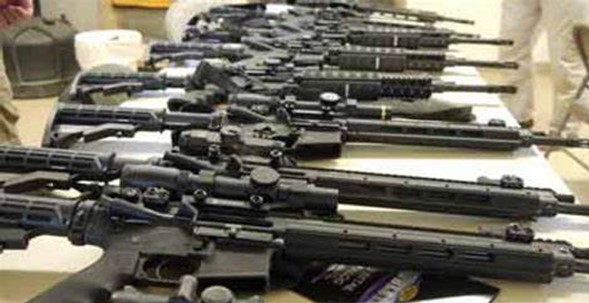 The US has agreed to sell military equipment worth $997m (£763m) to Nigeria, including 12 attack helicopters and numerous Advanced Precision Kill Weapon System (APKWS) rockets.

The equipment had been requested by Nigeria and would help to improve security in Sub-Saharan Africa in line with US foreign policy goals and shared security objectives, a statement from the US Defense Security Cooperation Agency said.

The US also said Nigeria will have no difficulty in acquiring the weapons, but the process is expected to take at least five years.

It will include training Nigerian military personnel on how to use the equipment and on human rights, to avoid harming civilians.

Nigeria is struggling to tackle violence by extremist groups such as Boko Haram and the so-called Islamic State West Africa Province (Iswap), as well as worsening attacks by armed criminal gangs who carry out killings and kidnappings for ransom.

This is the second major arms sale to Nigeria by the US in five years.

The US had previously rejected Nigeria’s request for military equipment due to human rights concerns during the administration of Barack Obama.

But in 2017 the Trump administration agreed to sell 12 Super Tucano planes to Nigeria, which were delivered last year.