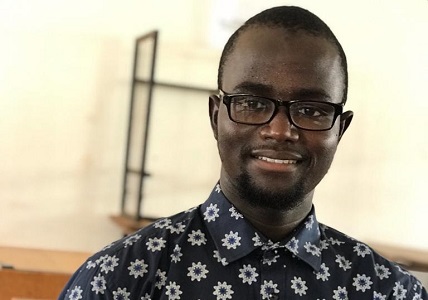 Working in Africa is more often than not an egotistical exploitation of human capital at the expense of the worker. This is humorously simplified in a meme I read on Facebook, which states that if one converts the monthly salary of an arbitrary African employee into a hard currency, one will realize that they are helplessly waiting for the Day of Judgement.

What this means is that the insignificantly modest remunerations African workers receive at the end of every month would pale in comparison when placed side by side with the salaries their equivalents receive elsewhere in the world. In other words, what they receive is chicken feed vis-à-vis what those working in other continents receive.

Very many African youths have made peace with this sad fact, which has become the repulsive factor that keeps able-bodied Africans standoffish from the reaches of employers’ exploitative inclinations. They end up embracing any other means that gets them financial buoyance, oftentimes in blithe consideration of its moral and social appropriateness. Gambling, drug trafficking, prostitution and other social perversions remain central to the money-making adventures of disillusioned youths in preference to employer harassment.

It’s also an ideological unanimity among young people that governments in Africa are not supportive of youth causes, and that leaders only talk about combatting youth unemployment when running for public office. This is, to a large extent, a valid argument about the luxuriating rate of youth unemployment.

Unemployment has become a perennial headache for African states, notably Somalia, The Gambia, Nigeria, Sierra Leone, and D.R. Congo, to name a few. This has not only led to brain drain, which is the relentless exodus of a country’s crop of intellectuals to places of greener pastures, but also the mind-bogglingly perilous journey of young people across the Mediterranean.

Young people are with belief that the only realistic and fast way to outrival, in the words of Gimba Kakanda, “the multidimensional poverty” that shrouds their lives and livelihoods is to change community, country, or even continent. They give up on “office” jobs because securing a good one is usually made possible only by a certain level of political connectedness and nepotism.

Having a Bachelor’s degree in some African countries does not suffice to give one an edge over those who don’t attain a university education. The only way to be outstanding in such countries is to further endure the crippling hardship and pursue postgraduate degrees. Seeing a degree holder venturing into street hawking, masonry, and driving is nothing unorthodox in certain African countries.

Those with jobs are not financially secure. Their needs far outweigh their income. They work like mad and when they retire, they do so empty-handedly. They have no savings, as they live from hand to mouth. They are sadder when they receive their salaries than when they are broke. That’s the paradox of their situation. It happens at the end of every month. They live, relive, and are not relieved of it.

This paradoxicality of an African worker’s end-of-month is almost self-explanatory. While the end of the month is—or should be—a time of financial upliftment and acquisitive merriment for a worker living on monthly salaries, it is a frustrating moment for an African worker characterized by misery, demoralizing overthought, and renewed insolvency.

He spends the entire salary to buy food, to settle part of the growing debt of house rent, to foot domestic bills, and to give money to his school-going children. Before he realizes it, he unbelievably goes broke. He has to borrow money on top of his debt to sustain him through the month; when the month ends, the vicious cycle repeats. Tell me what is merry about this ‘end of the month.’ Is this not a paradox of disabling magnitude?

This is in stark contrast with the case of those working in the Americas and Europe. They are filled with joy, satisfaction, and encouragement as they receive their financial rewards so adequate that they can cater for their—and their families—current and future needs. Unlike African workers, they providently shape the future of their children even before they are born.

Despite all these challenges, some people still defy the odds and thrive. Among them are those who don’t waste their time talking about the challenges without facing them head-on, those who spring out of their comfort zones and learn self-employment trades like carpentry, painting, plumbing, construction etc.