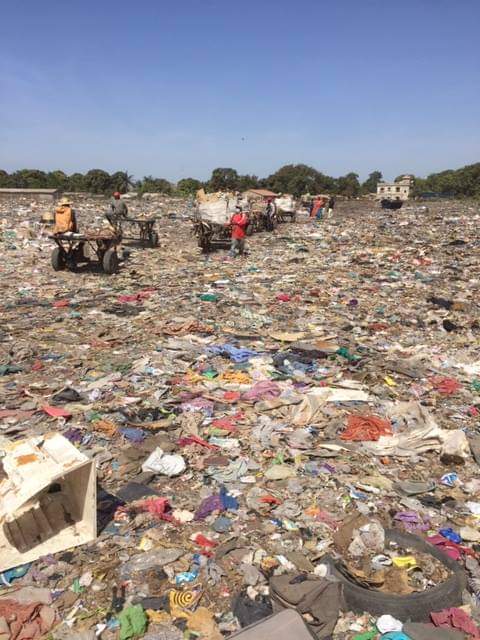 Residents of Bakoteh have called on the government to relocate the Bakoteh dumpsite, saying the bad smell and smoke coming from the dumpsite is a risk to their health.

“We are being disturbed by the bad odour of the rubbish that is being dumped here every day, however, a fence has been built in the area but still we are not saved because whenever it starts smoking it pollutes the whole environment,” Ebrima Touray said.

Touray said efforts have been made to stop people from dumping in the area but to no avail as people still dump in the area. However, he encourages the residents of Bakoteh not to give up on stopping them from dumping rubbish in the area. He calls on the government to support them and relocate the dumpsite to another place.

“We are grateful for the fence that was built around the dumpsite because things have changed a little bit compared to years back when there was no fence. However, this place needs a lot of improvement and it’s only the government that can help us with it,” Tida Sillah said.

She said all her children are asthmatic patients and it is because of the smoke that is coming out of the dumpsite.

“In most cases, I have to send my children to my sister’s house until it stops smoking if not it will disturb them. I urge the government to relocate the dumpsite to another place because our health is more important,” Sillah lamented.

“The dumpsite should be relocated to somewhere else because residents of Bakoteh are being affected a lot. Most of our children are suffering from serious diseases and it’s as a result of the smoke that is coming out of this place. Moreover, when it starts to smoke we all have to drink milk in order to stay comfortable, “Ndey Ngum said.

According to her, the dumpsite has to be relocated to a place where it will not affect the people because their health is more important than anything.