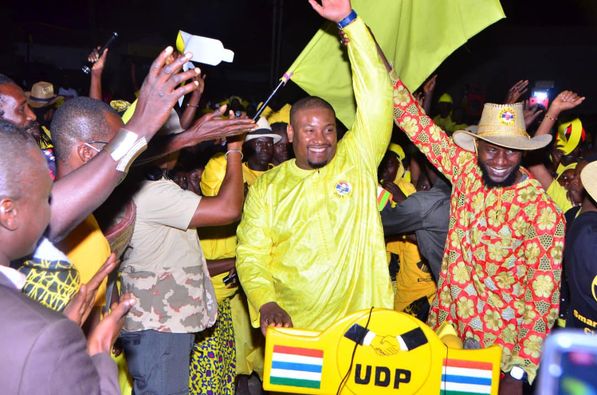 UDP got battered by President Barrow and leader Darboe has not been able to come to terms with the defeat.

Speaking for the first time, top UDP chieftain Talib Bensouda who did not address the issue of UDP rejecting the results said instead: “I want to thank the United Democratic Party voters and supporters for their tremendous support and the conduct of our campaign. Our campaign was truly unparalleled.

“The campaign is now over and we must all as brothers and sisters put The Gambia first. This is a low period, but now more than ever we must show the true colours of the United Democratic Party as a party that believes in the rule of law and peace.

“I plead  that you all go home and promote unity in your communities as Gambians. Your presence on the street is not helpful to the United Democratic Party and to The Gambia.

“Peace and stability are the most important treasures that our country has. Let us never forget that.”

Share
Facebook
Twitter
WhatsApp
Linkedin
Viber
Previous articleLAMIN NJIE – OPINION: If politics was religion, Halifa Sallah would be first to enter heaven. As he bows out, I can only thank him for his loyalty to nation
Next articleSaturday’s poll: National Human Rights Commission issues statement to ask unhappy candidates to follow due process over any electoral grievances