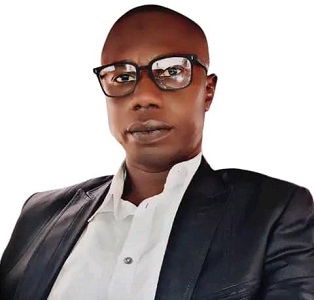 The outspoken former chairperson of the National Youth Council, Dembo Kambi, has disclosed that he has forsaken the chance to be naturalised as a United Kingdom citizen and returned to the Gambia to bid for the Brikama Area Council (BAC) chairmanship for the national interest.

Mr Kambi who once also served as the regional youth committee chairperson of the West Coast Region pointed out that effectively contributing to the socio-economic development of his country is a top priority for him.

“I have been to the United Kingdom and returned home with a valid visa and stayed with it for complete 6 months until it expired. When I went to the UK to re-unite The Gambia National Youth Council to the Commonwealth Youth Council, there were chances to stay and naturalize there but I decided to ignore the great opportunity which could have greatly transformed my status,” Mr Kambi stated.

He further highlighted that in electing leaders, they must be carefully vetted to gauge their level of selflessness and commitment to national duty rather than voting for people whose interest is to deplete the youths of their palatable future by embezzlement and other forms of unethical behaviours.

“There are people in government assigned for the overseas mission but upon their return, they usually tender their resignations to go back or never come back to the Gambia to report to the authorities. I am proud to raise my hands and say that I put the interest of my country at heart. When I was the chairman of the National Youth Council, I travelled to different countries but never stay there,” he said.

Mr Kambi spoke at length on the need for youths to take care of the country’s responsibilities hence they are the cream of society, and the development of any nation squarely depends on them while calling on the elderly to stay aside in the race for the Brikama Area Council chairpersonship.

“Our elders should pray for us but not for leadership, they need to give chance to younger ones. They must try to support us the young in delivering the West Coast Region we want. I was part of the team that designed, developed, evaluated and adapted the current strategic plan of the Brikama Area Council,” Mr Kambi stressed.

Responding to the question about the appearance of prominent United Democratic Party heavyweights for the BAC chairpersonship bid, Mr Kambi was quick to respond that there is no one heavier than him.

“They are mostly known in their constituencies and UDP, but I have regional coverage and prominence than them. None of them enjoys being a household name in this region than me who served my district Kombo central and my region West Coast Region as chairpersons of the grassroots youth committee before being elevated to National Youth Council Chairperson.,” Mr Kambi revealed.

Mr Kambi told this medium about his prior achievements which include serving as the district youth chairman for Kombo Central for 4 years, and chairman of the West Coast Region Youth Committee for complete 5 years and has made marks in all districts of this region.

“I have enjoyed and continue to enjoy responsive and cordial relationships with women and youth of the West Coast region,” he concluded.