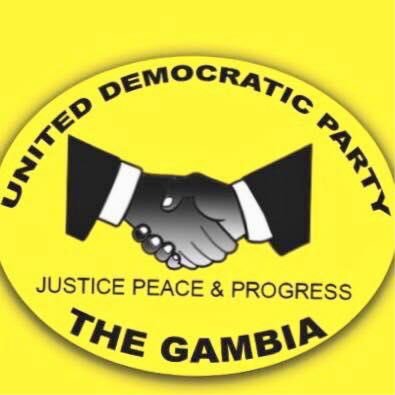 Journalism is under siege. It is crawling in a very slippery road heading to an unbelievable danger, yet many choose to be spectators because that is the most convenient thing to do. It is confronted by a well-organized and a powerful force United Democratic Party (UDP). A force that is united on a purpose or an ideology.

Consequently, most of the intellectual in the country who are presumed to be independent don’t want to take any risk to say anything about this force. They choose to be spectators, and this include virtually all journalists.

If one can somewhat intellectually defend his position against the force, yet they have another force that use a weapon of intimidation. “Fighting words”, bullying, innuendo and reputation destruction.

And many would say, “this is difficult to bear, and I don’t want to reduce myself to that level”. Therefore, they end up subjecting themselves to self-censorship.

This is also a force that has civilized and intelligent people who appear only when things went completely out of hand. And this is what they will argue, “Well this is not the official position of the force/UDP. None of our executive member has ever made such pronouncement or acted in that manner. These are militant who we have no control over and they are entitled to their opinion just like any other person. Therefore, it is hypocritical for people to generalise”.

Isn´t this not a strange argument? How often did they distance themselves from those who are constantly waging a war against `Journalism`? Virtually, not a single time. Which is terrifying.

Hence Lamin Njie´s recent incident with the force is what has triggered this article, then let us factually analyse it. Even though it is not an isolated case, but part 1 will be limited to only that incident.

Mr. Njie requested an interview with Ousainou Darboe the party leader of UDP through the Communication Officer of the party Almami Taal and his request was granted, and a date and time was scheduled. Only to go there with his whole team and get denied on the dictates of the militants.

Well, the adversaries may argue that it is not compulsory on anyone to grant an interview to a journalist. That is not my contention. My problems are after he was denied the public shaming, bullying and intimidation he has faced afterword is appalling beyond forgiveness. And when journalist and media proprietors ignore this would be to their own peril.

Another fear is, an interview that was arranged by an executive member of a party only to be turned down by the leader of the party on the dictate of some militants.

The adversaries were arguing that the said journalist is unethical and bias. Some accused him of being rude to Mr. Darboe. Which I cannot confirm neither deny, because I have not come across anything that was either written or uttered by Mr. Njie that did not fall in the realm of journalism. Journalism or free expression can be provocative.

Can there be any useful thing a human being can say without offending anyone? That can likely happen when you are addressing an individual or small group of people. In fact, to think you should risk offending others.

Gambian media should be steadfast and hold the UDP to account on the same scale and level as the NPP, the ruling party. The only difference between the UDP and NPP is that one party is in power and the other is waiting to be in power. So, UDP must be accountable. It must stop its elements from bullying journalist and people who dissent. When UDP Secretary General Ousianou Darboe recently attacked verbally Pa Nderry Touray of Star FM, few media carried the story despite the fact that the verbal attack was uncalled for. But ten days later when President Barrow spoke about Madi Jorbateh, the whole media reported the matter. This is unjust and dangerous bias against Barrow. The Gambian media must not nurture UDP to become untouchable, then if they come to power they will be untouchable?

Therefore, no matter what socio – cultural or religious gerrymandering the force might resort to, Journalism will triumph.

“People are suffering” – MC Cham Jr calls on lawmakers to...