UDP petition: Gambia For All reacts 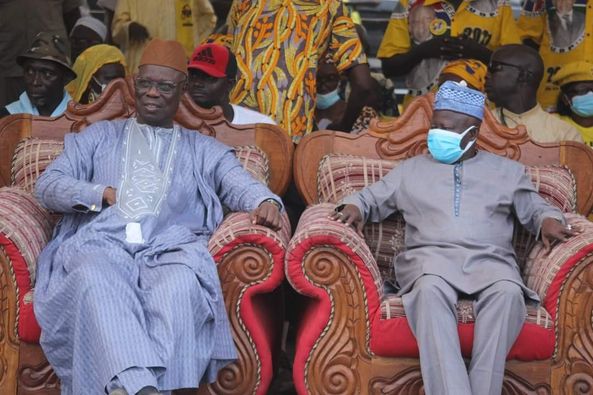 Gambia For All has issued a statement over recent developments regarding the 2021 presidential election.

GFA backed UDP for the December 4 poll but the latter lost the election to incumbent President Adama Barrow.

In their statement dated December 18, GFA said: “The election has since come and gone with the official results announced by the Independent Electoral Commission, creating a new reality on the ground, which the Central Committee acknowledged. It congratulated the Gambian people on this one further step on the road to consolidating our democracy and wished President Adama Barrow well as he stands poised to take on his new lease of stewardship.

“Meanwhile, some candidates who had contested the same election, including Mr ANM Ousainu Darboe, have for their part raised concerns over the integrity of the process and warned that they might dispute the polls, a threat which the United Democratic Party for its part has since carried out by filing an action at the Supreme Court by seeking that the court rules on the validity or otherwise of the election.

“On this particular point, the meeting recalled that our party’s position has been that it was only right that, where they found ground for doing so, aggrieved parties sought redress by all lawful means. Flowing from our decision to endorse their candidate for the election, Gambia For All campaigned together, and worked closely, with the United Democratic Party. From that vantage point, we are better placed than most to understand the concerns being aired by that party in the matter; we now wish them good luck in their search for justice.”