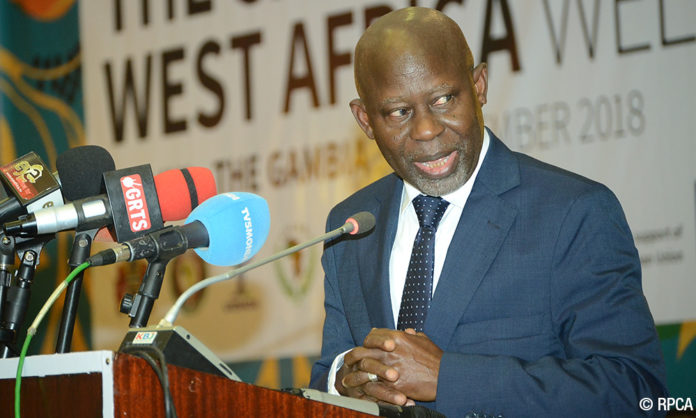 The leadership of the United Democratic Party (UDP) Friday said it learnt with ‘great distress and indignation’ the death of Ousman Darboe.

Mass protests erupted in Serrekunda Wednesday afternoon following the death of the 33-year-old businessman. Darboe is believed to have died as a result of torture allegedly meted out to him by the police – and a procession of mainly angry youths congregated at the Serekunda police station and Police Anti-Crime Unit in Bijilo respectively to protest his death.

On Friday, UDP issued a statement on the issue calling on the Minister of Interior to ensure that a speedy investigation into events surrounding the death of Mr. Darboe is conducted.

“Findings of this investigation should be made public. Should, as the Serrekunda youth claim, the cause of death be related to his arrest, the UDP expects those found wanting to be brought to justice,” the statement signed by the party’s spokesman Almami Taal said.

According to UDP, Mr. Darboe’s death “led to violent protests, looting and an arson attack on offices of the anti-crime unit and the home of its Unit head, Mr. Mboob.”

“The UDP condemns such violent acts. The Party also commiserates with Mr. Mboob and all other victims of such violence.

“As a law abiding Party founded on the principles of the promotion of peace, the UDP recognizes the basic Constitutional rights of Gambians to Freedom of Assembly and Freedom of Expression. However, the UDP encourages Gambians, particularly youths who wish to assemble and to protest to respect the Constitution, the laws of The Gambia and to demonstrate respect for the authorities.

“The UDP condemns the excessive use of force and calls on the Inspector General of Police, the Minister of Interior and the National Security Council to ensure that the Police Intervention Unit and Crowd Control teams undergo the necessary skills training to control public gatherings and to ensure order with minimal violence.”

Meanwhile UDP said it is also condemning what it calls the “violence with which the Police dealt with peaceful protesters of the Occupy BAC, which also unfortunately led to violent scenes in Brikama on Wednesday 24 July.”

“The UDP acknowledges that the Inspector General of Police (IGP) has the discretion to issue permits. However. UDP encourages the IGP to work towards concrete efforts to widen the space for assembly and for expression as spelt out in the 1997 Constitution of the Republic of The Gambia. Further, the IGP where he cannot issue permits should specify to the requestors why, at that specified period and location, Gambians who wish to express themselves cannot be allowed to do so,” the party said.

According to UDP, Wednesday’s protests “is not and cannot only be interpreted to be related to the death of Ousman Darboe and Occupy BAC.”

“Rather, it is our view that these actions are linked to the general frustrations of the youth on a host of issues including but not limited to Police violence,” the party said.

“Gambian youths are disillusioned that after having endured and dislodged a 22 year dictatorship, very little has changed in terms of democratic norms. Corruption and cronyism continue to affect service delivery across the board; unemployment is still high while the environment adversely affects job creation initiatives.

“The UDP calls on the Government of The Gambia to not only create the enabling environment for Gambians to publicly speak out on issues of concern to them but to also act on improving on the situations that lead to those concerns.

“The UDP seizes this opportunity to call on the Party’s youth in particular, Party sympathizers and the Gambian people to desist from any form of violence as a form of expression.

“The Secretary General and the Executive Committee of the UDP thank all Gambians and reiterate our calls for calm, restraint and non-violence.”