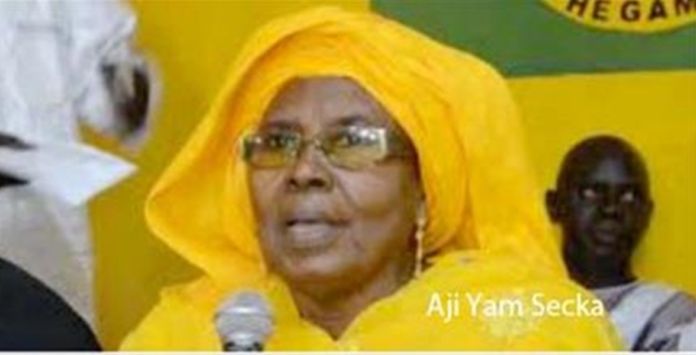 The deputy leader of United Democratic Party has said 6 May 2019 was the last time her party was consulted on issues relating to Coalition 2016.

Political parties that formed a front in 2016 called Coalition 2016 have been racing to clear the air over last Friday’s meeting with President Adama Barrow.

The chairperson of the group together with some coalition party leaders met with the Gambian leader. At the meeting, the officials pledged to support the president on his five years in office ambition.

UDP did not participate in the meeting raising questions over whether the party is in fact a part of the coalition.

The deputy leader of the party has issued a statement saying UDP was not ‘aware of the said meeting held in the State House and did not therefore participate in it.’

“Since the U.D.P was not aware of the said meeting, the decision arrived thereat does not and cannot bind the UDP and its supporters,” Mariam Secka said.

She added: “Since the 6th day of May, 2019 when the UDP delegation marched out of the coalition meeting at Kairaba Hotel we have not been invited and or consulted on any issue relating to coalition 2016.”