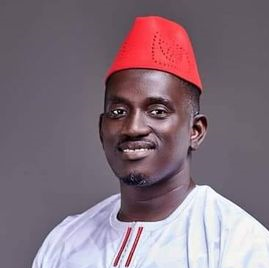 “There is credible information in the public sphere that the Barrow Administration has already started courting some of our opposition/independent NAMs with their infamous brown envelopes to side with the incumbent camp in the N.A.

I am not suggesting that these NAMs will succumb to the enticing baits of the Barrow camp; but I think it would be prudent for us to keep reminding our elected NAMs to stay away from the NPP mafia and to vote and speak for the interest of the voters who elected them,” Sabally wrote.

He further encouraged the newly sworn-in National Assembly Members to work in the interest of the people who elected them, whilst using the opportunity to vent his anger at the Barrow led government.

“Operating alongside NAMs handpicked and bankrolled by a corrupt establishment hell-bent on dividing the nation and further spreading Barrowflation, we need to remain alert as guardian angels of our elected representatives; constantly reminding them of their covenants with the people,” He said.

He emphasised his points by quoting scriptural references from the two major holy books.

“As the Quran teaches us in verse 55 of Surah dhariyaat ‘And remind, for indeed, the reminder benefits the believers’. We pray that Allah blesses our good NAMs with peace of mind and serenity and to aid them as he did His beloved prophet (SAWS). ‘Wa ja’Ala kalimatal-ladhiyna kafarus suflaa wa kalimatul-laahi hiyal ‘Ulyaa.”

“This is the battle of truth against falsehood and evil. And we pray that the words of the Holy Bible become true of the real representatives of the people in this National Assembly as preached in Romans 12:21 “Do not be overcome by evil, but overcome evil with good.” he said.

He ended by reiterating that the essence of having opposition MPs is to challenge the status quo and to speak for the masses.

“There is no point in electing opposing parties if they are only going to the Assembly to become yes men and yes women in the House.”