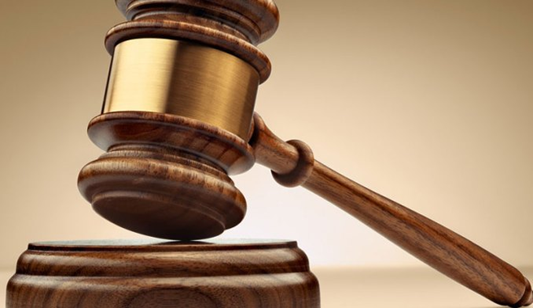 Two Senegalese have been arraigned before the Kanifing Magistrate Court for allegedly conspiring and stealing from a motor vehicle contrary to sections 368 and 256 respectively of the Criminal Code.

The 1st accused, Mustapha Njie and 2nd accused, Mbye Njie are charged on 2 counts of conspiracy to commit felony and stealing from a motor vehicle an IPhone SR worth D18,500 in Serekunda Bambo on 27th of July, 2022.

They pleaded not guilty to the two charges which attracts a 7-year imprisonment.

The first witness of the prosecution, Muhammad Jawara who is the victim, told court that he was driving in a congested traffic in Serekunda when the first accused knocked the door of his car and told him, “you are hurting me.”

He continued that he glanced to the other side but couldn’t see the phone.

The witness told the court: “I stopped the vehicle, grab his (the first accused) shirt and asked him to give me my phone. He said to me ‘search me whether you will see any phone’.”

He told court that a Nigerian man pointed at the second accused telling him he was the one in possession of the phone. “Another man got hold of him (the second accused) as he tried to run,” the witness added.

The two accused persons who are charged with conspiracy to commit felony, denied ever knowing each other. The first accused said his knocking of the door was to ask for lift.

“I asked him (the driver) to lift me to Westfield but he said he was going to a mechanic. All of a sudden I saw him open the door only to asked me not to move,” Mustapha Njie, the first accused said.

The second accused told court he was selling along the road and saw a crowd running after someone.

The person threw the phone to where I was standing. I picked the phone and said: is this the phone?” That was how they grip me and said I was the thief,” second accused, Mbye Njie told court.

However, Magistrate Jabang overruled the prosecution’s objection and granted the accused persons bail in the sum of D150,000 with three Gambian sureties.