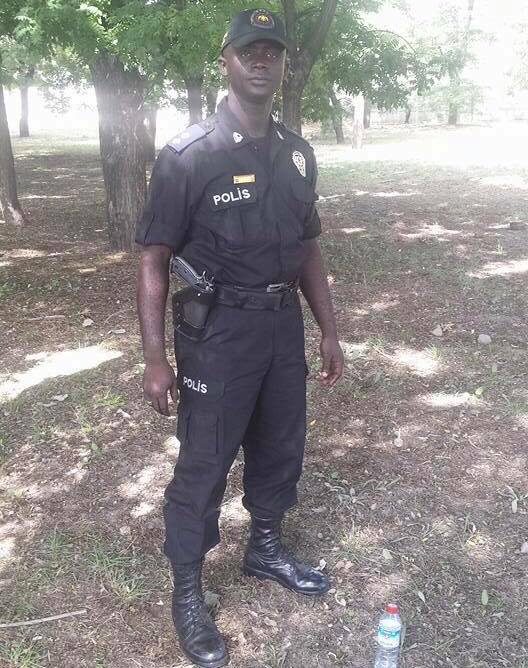 ASP Musa Fatty a young PIU officer and another officer are currently detained at the Serious Crime Unit of The Gambia Police Force for allegedly shooting at enviromental activists during a protest against a sand mining company in Faraba.

Their arrests came after the office of the inspector general of police issued a press statement stating that the office did not authorize the use of fire arms which led to the death of Bakary Kujabi and Ismaila Bah.

Musa Fatty is originally from Banjulnding but currently resides in Busumbala with his wife. He got married according to his friends shortly before Ramadan. Musa joined the Police in mid 2000 after he graduated from Saint Augustine’s High school. 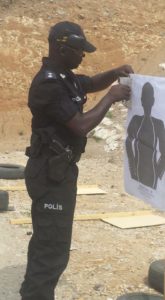 It was during one of former President Jammeh’s countrywide tours that Jammeh spotted Musa and commended his role thereby instructing former IGP, Yankuba Sonko to promote him to the rank of Assistant Suprintendant of Police (ASP) with immediate effect, he was a junior officer then. He also served as ordely to former interior minister, Ousman Sonko.

ASP Fatty was trained in Turkey and Egypt. Upon return, he served as officer in charge of VIP protection at the police. He also escorded the April 14 protesters to Janjanbureh prison and is said to have treated them with utmost respect. 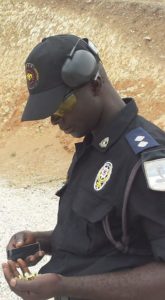 Shortly after Barrow became President, ASP Fatty became part of the first batch from the PIU that took over from the state guards. He was later removed because of ‘disgareements’ he had with Security personnel at the Presidency not The Gambian security officers.

The ASP was then moved back to The PIU headquarters in Kanifing as commander where he led many operations including The ‘Occupy Westfield’ the Kanilai protests and Farato. The Faraba incident though was led by one Suprintendant Cham and ASP Fatty and his men were called in for reinforcement after the PIU on the ground communicated that they were overpowered by the villagers of Faraba.

A security source told The Fatu Network that Musa is a very professional officer who is always on hand when situations occur.

‘ I doubt Musa will make sure a decision by himself, he will never shoot at innocent civilians without instructions’

‘They just want to sacrifice Musa, this is why they putting all the blame on him’ Another source said

The Fatu Network has also been informed that ASP Fatty’s pistol with live rounds has gone missing.

Meanwhile, one of the PIU officers at the scene yesterday is said to be in coma.