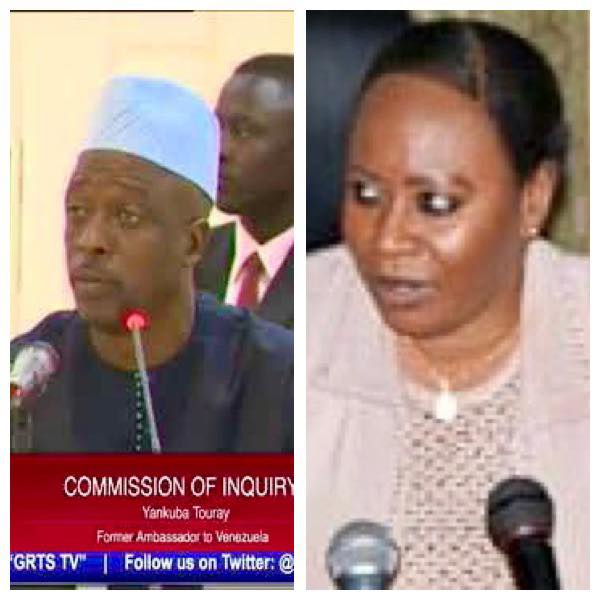 News broke that the Truth, Reparation and Reconciliation Commission (TRRC) ordered the arrest of former junta member, Yankuba Touray. According to the release,
“Touray’s arrest follows a complaint by the Ministry of Justice over concerns expressed by the Truth, Reconciliation and Reparations Commission (TRRC) that the subject was either attempting to tamper or interfering with its witness, ex-army Sergeant, Alagie Kanyi, or attempting to pervert the course of justice by concealing evidence that could potentially incriminate him and junta colleagues in alleged atrocities and extra-judicial executions meted out to citizens while in power.” – MOICI

As usual, Gambian Social Media has gone into overdrive, mostly with supporters and critics on both sides. Naturally, a lot of the comments I’ve come across are guided more by emotion than by fact or reason. I found 2 particular questions most common and concerning because many seem to have misunderstood the reason/justification for Yankuba Toura’s arrest.

1. Why arrest Yankuba Touray and not arrest the NIA Director Sowe who tampered with evidence by overseeing construction at the NIA Headquarters?

Answer:Yankuba knew that Kanyi had been invited by the TRRC for questioning. He called Kanyi and tried to stop him from responding to the invitation because he did not want Kanyi to name him and his friends. That’s a clear case of witness tampering.
The NIA director could very well be guilty of tampering with evidence, but it’s not yet as clear (to me.) One can assume, and I would certainly agree, that the only purpose of all that construction at crime scenes have a sole purpose of covering up evidence. What’s unclear is whether there’s enough evidence to prove that the action offends the TRRC.Was the construction started before or after the TRRC began sitting? Did the TRRC inform the NIA that they would be visiting? If so, did the constructions begin before or after such notification?The answers to these types of questions will advise the TRRC’s decision to arrest NIA Director Sowe.
IF there’s evidence that the NIA began construction AFTER the TRRC informed them that they would be visiting to gather evidence, then it would be a clear case of evidence tampering to obstruct the TRRC. That would make an easy case for the TRRC to prosecute. Anything less than that provides a weak case that no serious prosecutor would jump on just out of emotion.

The revelations about murder and torture overseen by the Yaya Jammeh’s AfPRC regime are indeed gruesome. It’s natural that they elicit such strong emotions in society, especially one as close-knit as our small Gambia, where everyone knows everyone else. These victims, and suspects, are people we know and live with, so by all means we are justified to be angry. However, we must allow our rationality and sense of justice guide our anger. We must endeavor to gather all the relevant information and make sure we fully understand issues, before we take certain actions or make certain proclamations. The country is at a crossroad and we need to make sure we get this right. In trying to fight for justice, we cannot be unjust. In trying to prosecute people for violating human rights, we cannot violate their rights. The law is not a “one size fits all”and there will be many instances of “similar but not identical.”

So far, the TRRC has not given us much reason to question their competence, fairness or professionalism. I hope we remain vigilant with them, but also give them the support they need to do the job we asked them to do.