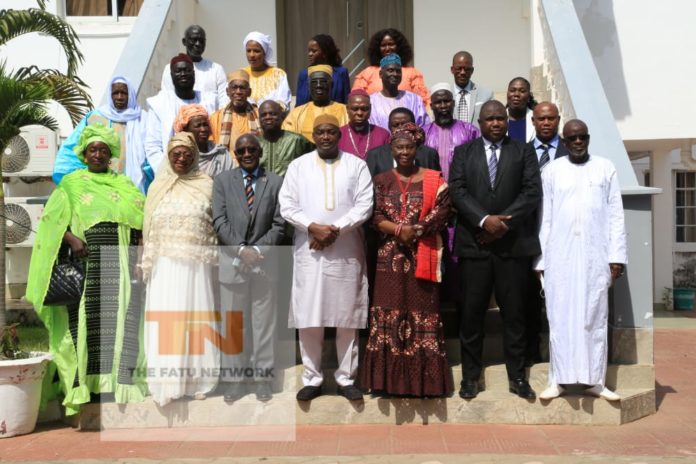 The Truth, Reconciliation and Reparations Commission (TRRC) was constituted, and commissioners sworn-in in October of 2018 as an independent Gambian institution with a mandate to conduct research and investigations into human rights violations committed under the presidency of Yahya Jammeh.

The essence of the commission’s work was to lay the foundation to prevent a repetition of the violations and abuses suffered under the past regime by making recommendations to government and citizens to ensure the crimes of the past never recur in The Gambia.

In line with its vision, the TRRC over the period facilitated community and national reconciliation, launched civic education efforts on peace and justice, designed individual and communal reparations, and shaped the scope of future prosecutions and amnesties. All this was done to promote national reconciliation and healing, by assisting victims and their relatives.

According to the report, Jammeh and his cohorts stand accused of a range of crimes including theft of resources to gross human rights violations. Victims and perpetrators of crimes testified before the TRRC, giving graphic accounts of abuses, rapes, murders, disappearances, torture and illegal imprisonment of opponents of the regime.

Giving the welcome address Attorney General and Minister of Justice Dawda Jallow noted that the TRRC Commission was constituted in October of 2018 and commenced hearings in 2019.

Over the period he said the commission spoke with over 300 witnesses during a period of over 800 days. He assured the president that the report is completed and ready for submission.

Submitting the report Chairman of the TRRC Dr Sise thanked President Barrow on behalf of the commissioners for receiving them and giving them a free hand to do their work over the years. He recalled that on the 15th October 2018 they were sworn in as commissioners of the TRRC and took up the assignment of going back into the dark history of their motherland.

He, with a sigh of relief, noted that they have completed their work and are submitting their report as per the commissions statutory mandate as established in Section 29 of the TRRC Act of 2017.

“Pursuant to Section 29 of the TRRC act of 2017 the commission is required to submit a report to the President. The report must submit findings and recommendations. The report contains 393 witness testimonies the majority were victims, some were self-confessed perpetrators.

Chairman, Dr. Lamin Sise said the commission worked intensely for nearly three years to fulfil its mandate, hearing 393 witness testimonies the majority being victims and some self-confessed perpetrators. The report he revealed is contained in 17 volumes.

Receiving the report on behalf of the government and people of The Gambia President Adama Barrow started by clearly indicating that he is the Architect of the TRRC, and It will be his legacy.

“I want to make this very clear to the Gambian people and the entire world. I don’t think anybody would have been interested in the TRRC more than myself as the architect and knowing fully well that the TRRC will be part of my legacy in the future,” President Barrow said.

He noted that the report completion and submission mark a great achievement for the Gambian nation, and it is a sense of pride that his government decided to establish the TRRC commission.

The report he said was to bring justice, accountability, healing and reparation for victims, indicating that many African countries have established TRC platforms in one way or the other, naming Rwanda as an example.

“The Gacaca Courts of Rwanda is an example; despite the genocide, the people have reconciled their differences and are now working together to develop their country. Realising that they could not undo the past, the Rwandese factions that killed and maimed one another’s families realised that the right thing to do was to bury the hatchet and work together to build the future as one people,” President Barrow said.

He went on to note that through the TRRC Gambians now know what happened in the past, but the desire of citizens should be to exist peacefully as Gambians and nurture the country’s democracy in a stable country where the rule of law prevails.

He commended the commissioners, and the legal team for carrying out what he described as ‘a national service’ successfully and extended gratitude to international partners including the UN and UNDP among others for their support.

“My government will ensure justice is done but I urge all to be patient, so we follow the legal processes. My government will study the report carefully and we shall put out a white paper six months from today,” President Barrow ended.

The TRRC has identified and recommended for prosecution those who bear the greatest responsibility for human rights violations in the Gambia between 1994 to 2017, under the watch of former dictator Yahya Jammeh.

The 17 volumes contain 427 findings and 218 recommendations after 3 years of work by the commission.