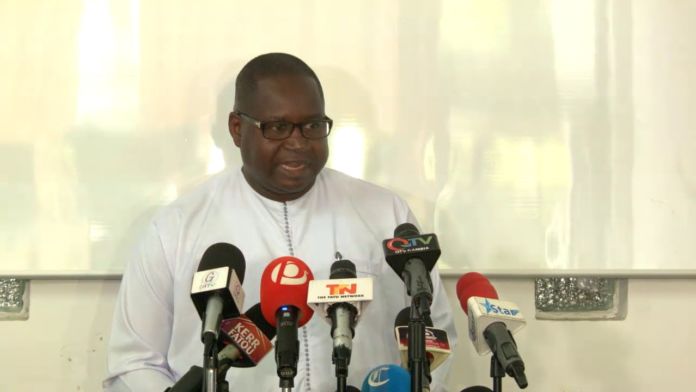 Government spokesperson Ebrima Sankareh said on Thursday the minister of justice has taken note of the misinformation around the announced postponement of the submission of the TRRC report.

The TRRC was supposed to meet President Barrow on July 30 to submit the results of their investigation into the human rights violations and abuses of the 22 years rule of former President Jammeh. But the TRRC in a news conference on Wednesday said it was overwhelmed by work which has forced it to abandon the date.

But the government spokesperson said on Thursday there were misinformation around the announcement.

Mr Sankareh said: “The Hon. Attorney General and Minister of Justice has taken note of misinformation circulating in media spheres and public discourse regarding the recently announced deferment of the Submission of the TRRC’s Report.

“Crucially, Section 29 of the TRRC Act provides that the Commission shall submit a report of its work to the President at the end of its operations while Section 29(2) and (3) detail the form and contents of such report.

“The President of the Republic of The Gambia, was ready to receive the Commission’s Report on the 30th of July as planned. In a meeting with the Attorney General & Minister of Justice on the 27th of July 2021, the Chairman of the Commission indicated that the Report was not ready and the Commission will need more time to complete it. The Chairman confirmed that what was ready was a compendium of the Findings and Recommendations and not the full Report.

“In light of the need to comply with the provisions of the TRRC Act, and most importantly, the post-submission timelines, The Attorney General deemed it essential that the full Report was submitted and not just a compendium. The Chairman subsequently made a request for an 8-week extension which was granted by the Government. It is important to state that the postponement of the initial submission date of July 12th is immaterial in light of the fact that the Report is still unfinished.

“As indicated in the statement released by the Chairman, the Commission has a considerable amount of work to do in completing the sixteen volumes that make up the findings and recommendations, sixteen volumes of transcripts as well as other ancillary reports. It is imperative therefore, that the Commission is given sufficient time to complete this very important task, so as not to jeopardize 3 years of remarkable work.

“The Gambia Government remains fully committed to supporting the TRRC throughout this important process including by ensuring that it is properly funded until the completion of its work. Furthermore, His Excellency, the President is ready to receive the complete TRRC Report as prescribed by the TRRC Act as and when it is ready.”