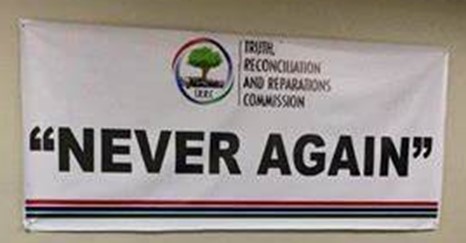 The Truth, Reconciliation and Reparations Commission (TRRC) Report is still fresh on the minds of Gambians and non-Gambians alike, its shocking revelations are still a discussion in every community, marketplace and office.

One of the several recommendations call for the banning of ten senior judges which it (TRRC) referred to as “Mercenary Judges” from holding government office.

This call according to the commission is in direct response to their (the judges) alleged roles in facilitating ex-president Yahya Jammeh’s use of the justice sector institutions to strengthen his grip on power and entrench his dictatorship.

The commission said the government should review the law on refusal to obey court orders by public officials, with a view to putting in place a more stringent regime that would ensure compliance.

It further recommends that government should study the implications of the fusion of the two positions of Attorney General and Minister of Justice and consider the potential benefits of separating the two functions for more effective administration of justice.

The commission also recommends that both former and present agents of the National Intelligence Agency (NIA) be banned from holding any office with the government for their alleged roles in torturing detainees and perpetrating other human rights abuses.

The TRRC was established to investigate crimes committed in The Gambia under the leadership of Yahya Jammeh between 1994 to 2017 when he was at the helm of affairs. The report is a product of a three-year-long investigation during which the commission heard hundreds of testimonies from witnesses on different issues.

Jammeh stands accused of murder, torture, forced disappearances and rape among other crimes against humanity. There is already a rallying call for his trial by an international tribunal.