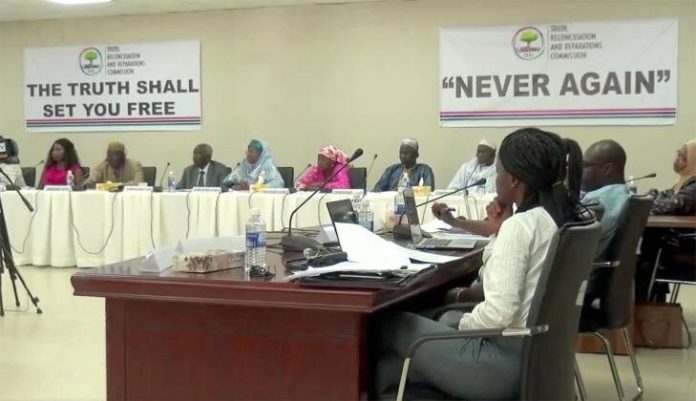 The President of the Republic of The Gambia, on 15th October 2018 appointed and swore in Commissioners of the Truth, Reconciliation and Reparations Commission TRRC.   The TRRC was constituted as an independent Gambian institution with a mandate to conduct research and investigations into human rights violations committed under the presidency of Yahya Jammeh.

The Commission aims to prevent a repetition of the violations and abuses suffered under the past regime by making recommendations to government and citizens aimed at ensuring the crimes of the past never recur in The Gambia.

In line with its vision, the TRRC over the period facilitated community and national reconciliation, launched civic education efforts on peace and justice, designed individual and communal reparations, and shaped the scope of future prosecutions and amnesties. All this was done to promote national reconciliation and healing, by assisting victims and their relatives.

This long process is finally concluded, and the commissions much-talked-about report will be officially presented to President Adama Barrow tomorrow at State House

According to a statement from the TRRC, the presentation will be done after consultations with the Attorney General and Minister of Justice Dawda Jallow.

“The Commissioners will hold a press briefing at TRRC premises in Kotu following the submission of the report,” the statement from TRRC said.

Key among the expectations of the Gambian people is knowing the fate of the country’s former President Yahya Jammeh. Will Jammeh be prosecuted? Several people have asked ahead of the release of the report.

Insight into the report shows that Jammeh and his cohorts stand accused of a range of crimes ranging from theft of resources to gross human rights violations. Victims and perpetrators of crimes testified before the Truth, Reconciliation and Reparations Commission, giving graphic accounts of abuses, rapes, murders, disappearances, torture and illegal imprisonments of opponents of the regime.