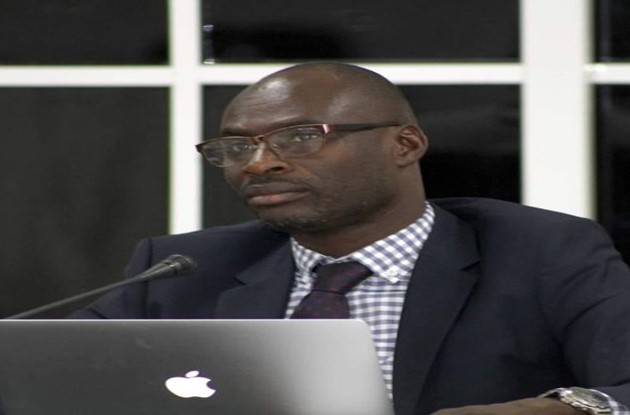 Essa Mbye Faal, Lead Counsel of the Truth Reconciliation and Reparation Commission (TRRC) has reacted to the recently released Government White Paper on the TRRC report.

He commends the government for taking what he describes as a “correct and courageous decision.”

However, Faal says even though he accepts that Sanna Sabally does not merit an amnesty, the government erred in law when it rejected the recommended amnesty for him ‘on wrong legal grounds.’

Below is Mr. Faal’s reaction published on his Facebook page: “Essa Faal Turn Around”

I am thrilled to learn that the government has issued the long-awaited White Paper on the report of the TRRC in which it accepted 99.2% of the findings and recommendations of the Commission. I am happy to have attained such a lofty achievement not just for myself, but for the Commissioners who made the final decisions and in particularly my legal team members who made the sacrifice to go beyond the call of duty by spending sleepless nights with me at the TRRC as we wrote the reports and the recommendations. The support and encouragement they gave me throughout the process was extraordinary for which I thank them enormously.

I take this opportunity to commend the government for taking a correct and courageous decision to rise above politics and accept the recommendations and of the Commission.

While I accept that Sanna Sabally does not merit an amnesty, I believe that the government erred in law when it rejected the recommended amnesty for him on wrong legal grounds. However, I support the outcome, but unfortunately it cannot be sustained legally as it is anchored on a point that is not based on the TRRC Act.

That said I congratulate the government for a very good decision. Their acceptance of the memorialisation recommendations in particular will permanently keep the never again agenda fresh in our public interactions.

Long live The Gambia and all its people. Long live justice.