TRIBUTE: The Late DCP Jabang Sonko Inspired Honesty, Humility, And Sincerity Among All Those Who Served With Him In The Police….. A great son of the soil has bowed to mother earth. 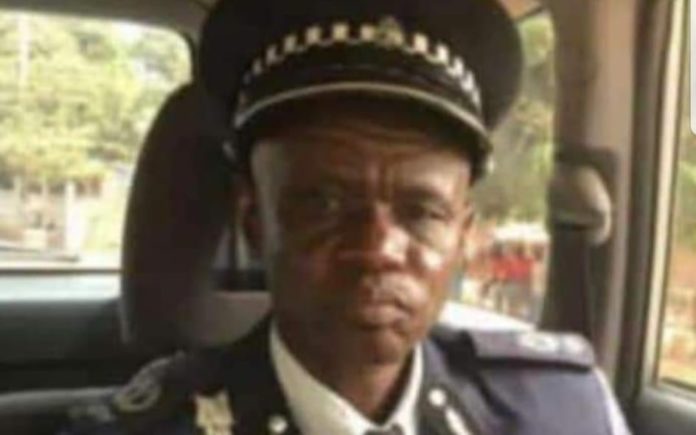 ‘IT IS SAID THAT IT IS FROM DUST WE CAME AND UNTO DUST WE SHALL RETURN’ Late Deputy Commissioner of Police, Jabang Sonko has bowed to mother earth. His death is most definitely a huge loss for his family, the Gambia Police Force, and the country.

Here is a man who came to the job younger, with passion and full of vigor to serve his country and rose through the ranks to the rank of a Deputy Police Commissioner until his untimely death.

He was steady, focused and had an excellent sense of purpose and responsibility. He was a seasoned and professional police officer who was genuinely committed to serving his country. He was a man gifted with man-management skills and rarely said or did anything that would anger anyone, and most of us the younger cops looked up to him. He never shunned a task and he never objected. His family should be so proud of him, as we in the Gambia Police all are.

The outpouring of messages perhaps might be strange to outsiders who have not worked with Boss Jabang Sonko but verves to attest to this brutal fact, and even transcends to establish the fact that he had established himself among his peers who admired him for his sincerity, honesty and understanding to the plight of the many young officers including myself. It is not only satisfying but equally gratifying on the one hand, to have the whole institution in grieving with you, to feel that solidarity, to know that we will never be left alone. The late senior officer inspired honesty, humility, and sincerity among all those who served with him in the police. He was an accomplished officer, a true son of the Gambia who cared and loved everyone.

I will always remember him for the glad tidings I have had with him during the decade plus years I have worked with at the Police Headquarters. He would always advise us in Mandinka ‘ngnaa domang domang nyoo fey’ which means let’s be patient and take it easy with one another.

He exhibited great interpersonal skills and related with everyone on a friendly and sympathetic terms. May Allah have mercy on HIS SOUL….