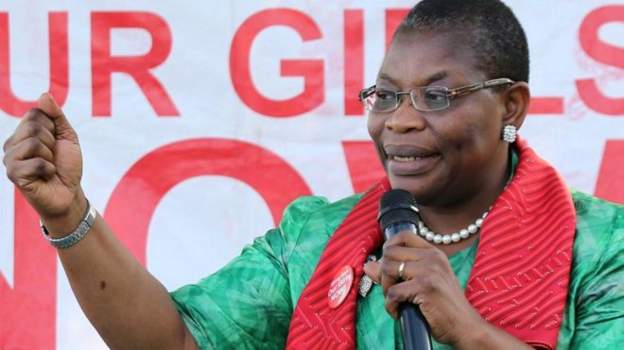 One of the main candidates in next month’s Nigerian presidential election has stepped down because she says she wants to form a broader coalition to defeat the two main parties.

Oby Ezekwesili is well known for leading the #BringBackOurGirls campaign to help free the 276 girls kidnapped from Chibok, northern Nigeria, in 2014.

She co-founded Transparency International and has served as the education minister and vice-president of the World Bank.

But in a surprise statement on Thursday morning, she said she was committed to building a coalition that would offer Nigerians a viable alternative to the two major parties – the governing All Progressive’s Congress (APC) and the main opposition People’s Democratic Party (PDP).

She added that she had come to her decision following consultations with Nigerians at home and in the diaspora.

In a series of tweets following the announcement, she admitted that her party, the Allied Congress Party of Nigeria, disagreed with her choice.

Election campaigns in Nigeria are notoriously expensive to run and female candidates often struggle to raise the required funds.

Ms Ezekwesili had set up an online funding page at the beginning of her campaign, urging members of the public to donate to her efforts.