To Call A Journalist Tribalist Is The Least We Expect From An Elderly Statesman Who Is A Symbol Of Our Country’s Struggle,” Star Media Group 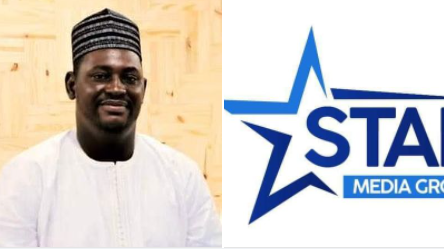 Star Media Group has in a press statement strongly condemned the United Democratic Party (UDP) leadership’s verbal attack on journalist Pa Nderry Touray in a public place. The institution says this attack is especially disturbing in the newfound democracy of The Gambia.

“Every attack discourages journalists from pursuing serious topics, which is a destructive result for the democratic development of the country and the establishment of the rule of law.

Everyone in this country must pay attention to the protection of journalists and ensure that any kind of violence against them is condemned because it is obvious that journalists have already become an easy target for all types of bullies, from party followers and politicians to individual ones,” the statement reads.

It further notes that politicians who verbally attack journalists must be held accountable, and media organisations should do more to show solidarity with colleagues at rival outlets.

This incident the institution states shows that there is generally an urgent need for greater awareness and a stronger public defence of journalism’s value for society.

“Any politician who attacks journalists verbally or physically is a threat to press freedom. The UDP leadership has the right to approach The Gambia Press Union or The Media Council of The Gambia to lodge a complaint about the conduct of a journalist that they think wronged them but not attack them publicly,” the statement from Star Media Group emphasises.

The institutions ‘Wake UP Gambia’ program it says has been one of the most unbiased morning programs this country has ever witnessed and a platform where all political parties and politicians have equal representation and coverage and UDP politicians have participated in that program more than any other party due to the unlimited access they have in that program as a result of the host.

It went on to note that this is not the first time their journalists have come under such attacks from the UDP as a party. Even when they have written to the party leadership they say they have not received a response.

“To call a journalist tribalist is the least we expect to come from an elderly statesman and a politician who is a symbol of our country’s struggle. While we recognize the right of any individual to demand to uphold ethical standards in journalism, we expect that the same shall be demanded of the politicians,” the statement concluded.