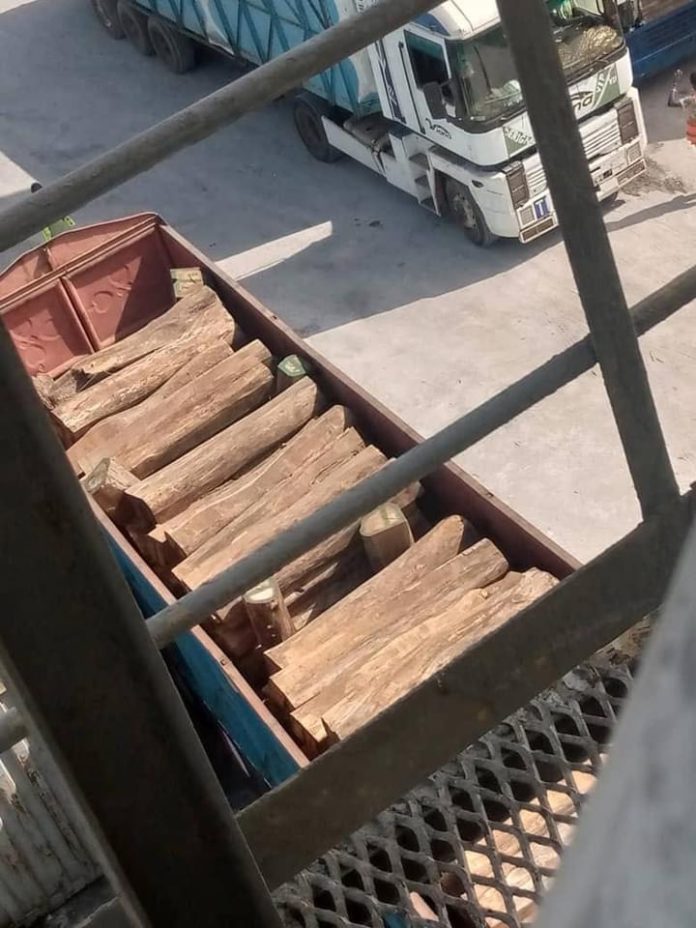 Casamance is essentially the place where you will find the last forest of Senegal, and it could disappear entirely soon! According to experts, as of 2019, Casamance has lost over 10 000 hectares of its forests to illegal logging, approximately 1 million trees. The Casamance forest area covers a total of 30 000 hectares and is known for its rare tree species.

The loss of 10 hectares accounts for 33% of the forest. Isn’t that frightening? This includes rosewood, which is particularly much in demand in China. The rapid growth of the wood industry in China has created tremendous demand.

It is no secret that the The Mouvement des Forces Democratiques de la Casamance (MFDC), a separatist rebel group that has been fighting for the independence since 1982, sustains itself through illegal timber trafficking. Logging is banned in the Gambia, and there is hardly any forest left.

Nevertheless, it is the second largest wood exporter from West Africa to China, after Nigeria. From 2010 to 2015, Gambia’s wood exports to China were valued at $238.5 million. This is a staggering volume, considering that logging is illegal in the Gambia and that the Gambia has practically no more forests. Can you imagine today’s value of exports?

Businessmen based in The Gambia are reported to be heavily involved in transporting timber from Casamance to China. Yaya Jammeh was chief among them. For many years, Jammeh was a full participant in the decimation of the Casamance forest. The timber was traded through his shell company, Kanalai Group International.

Indeed, Jammeh was in cahoots with the MFDC rebels in the deforestation of Casamance! That is partly why he has always been belligerent towards Senegal.

In this context, it was only a matter of time for the fighting between the Senegalese forces and the MFDC rebels to overflow into the Gambia. We are in the middle of the illegal timber trade and trafficking that supports the rebels.

The Gambian government issues re-export permits for timber, and the timber comes from Casamance to be shipped from Banjul port. By issuing permits to re-export timber, the government allows all actors to operate with impunity!

The Gambia is a party to the illegal timber trade that supports the rebellion in Senegal, period! As a result, the Barrow government is paralyzed and unable to say much about the recent incident in Foni.