I Thought Solo was in a Coma-Witness 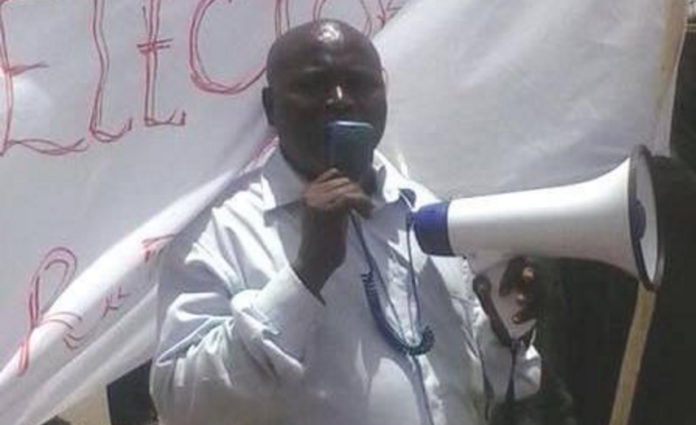 Baboucarr Njie a photographer and the 7th prosecution witness in the Solo Sandeng murder trial has told the high court in Banjul, presided over by Justice Kumba Sillah Camara that he saw Sheikh Omar Jeng and others carrying Solo Sandeng to the back gate reception where he was laid on a mattress under a fan and that at that material time he thought Solo was in a Coma because he was not moving in any way.

Njie made this statement while continuing his testimony in the said trial against the former director general of the national intelligence agency (NIA) Yankuba Badjie and 8 other former officials of the same agency.

He said that while at the interview hall he observed that Solo Sandeng and others were tired and they also looked abnormal, adding that after he left the hall he went to his office and while in the office through his window he saw Lamin Darboe (the 8th accused) talking to Solo Sandeng and this was between 1am and 2am and both Yankuba Badjie and Louise Gomez (1st and 2nd accused persons respectively) were seated in front of Badjie’s office.

He further narrated that through his window again he saw Sheikh Omar Jeng and others carrying Solo Sandeng and took him to the back gate reception which is next to his office and he overheard Sheikh Omar Jeng talking on the phone with Dr Sanyang who he (Njie) identified as Kebba Lang Sanyang (the 9th accused).

According to him, after that they were told to go home and this was around 4am but he cannot remember the person who asked them to go home.

He added that the next day he met with Sheikh Omar Jeng at a corridor within the NIA office and asked him, “How is Solo?” and Jeng responded that he was fine.

While giving evidence under cross examination by Lawyer C E Mene the defense counsel for Yankuba Badjie, Njie told the court that the police did visit his office on the same day he made a witness statement in the case and that the six police officers who came to his office took an external hard drive and conducted a search through his desk computer, adding that the hard drive contained videos and photos in connection to this case and other stuff.

He revealed that he did not see or hear the 2nd accused Louis Gomez do or say anything while sitting in front of Yankuba Badjie’s office. He said this while answering to questions from lawyer Edward Gomez for the 2nd accused person.